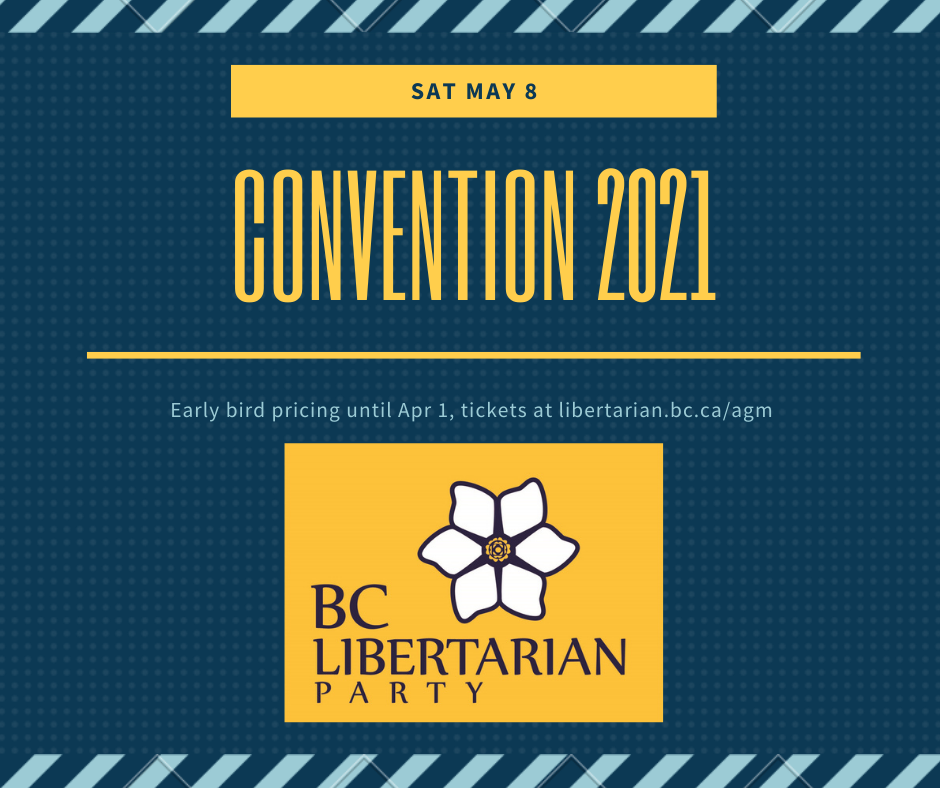 After nearly three years of service, our Party Leader Don Wilson and Deputy Leader Bill Morrison have announced their intention to step down. This timing will allow the new Party leadership ample time before the next election to build their vision for the Party and become known to the voters of BC. So, this year’s Annual General Meeting will also be a Leadership Convention. Any Party member can run for Leader or Deputy Leader, and there is no limit on the number of contestants. Votes for both positions will be by ranked ballot. Leadership contestants can have their bio and a statement included in an announcement to the members if they submit it to the Party President by May 1.

We’ll also be holding elections for Treasurer, Secretary, Ethics Committee Chair and the three “at-large” Directors of the Party. Other business of the AGM includes reports from the Leader, Treasurer, President, and Regional Caucus Chair, as well as voting on any proposed changes to the Party By-laws. Members are also free to submit their own motions for a vote; if doing so, please submit your motion to the Party President by email by May 1.

The Convention will be held online via Zoom. Tickets are $50, and the entirety of this amount will be considered a donation, so you'll get a 75% tax credit (meaning you're only out of pocket $12.50). All members in good standing will be able to vote at the Convention, so if it’s time for you to renew your membership, please do so at www.libertarian.bc.ca/join

The membership is the ultimate authority of the Party, and the AGM is our most important event of the year. It’s your opportunity to help set the direction of our organization, and elect those most capable of achieving our goals. And if you’re willing to put in effort to grow the Party and spread our message of liberty, we encourage you to step forward for one of the available executive positions.