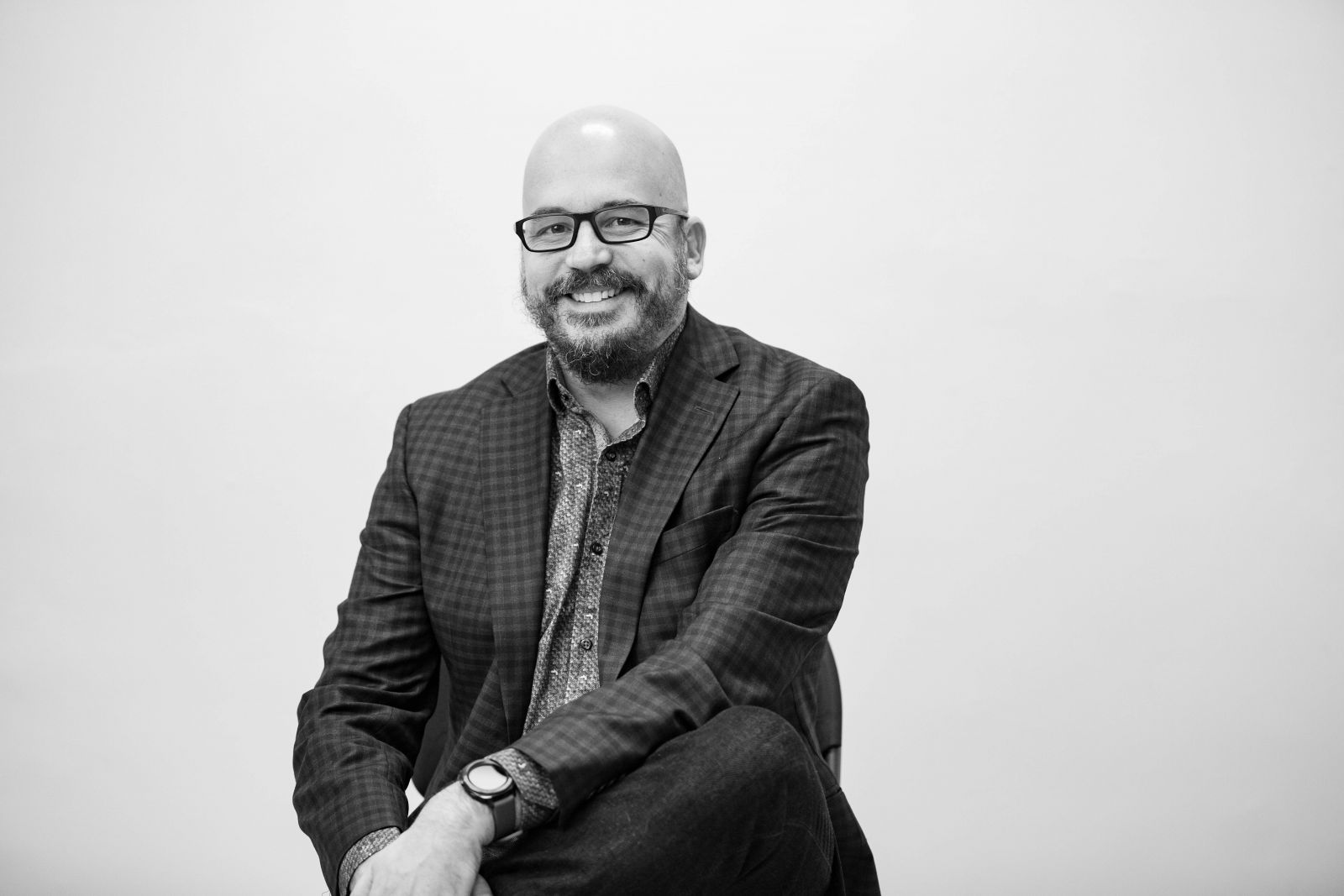 First, I would like to thank you for all that you have done over the last 8 months. No single
person should ever be put into the position of being the face of a public health emergency on an almost daily basis for this long. I imagine this has taken a huge personal toll on yourself and your loved ones.

I would like to share some background about myself before I continue. I am a software
engineer and have an extensive background in pandemic simulations and modeling as well as a strong background in data science and analytics. I personally wrote, from scratch, algorithms to simulate pandemic spread based on CDC modeling documentation. I modeled the effect that interventions had on disease spread and tested hundreds, if not thousands of scenarios. The software was used in several large scale training exercises prior to H1N1. I do not have a medical background or deep knowledge of viruses from a medical perspective, however I do have knowledge on the statistics of disease spread.

I have been concerned since the beginning of the pandemic at the lack of open sharing of data in detail at the community level. While it is being reported on now, the frequency should be higher. There are those that can analyze the data differently and more effectively than a government organization can. We have a right to know the details of what is happening in our community. Other jurisdictions, such as Alberta, report on serology estimates, testing by age category, and have been reporting at the community level since the beginning. We have a very unique province in BC where the bulk of the population is in the Lower Mainland and Vancouver Island with the remaining 20% of BC’s population spread out over a vast area.

Because of the regional diversity we have in our province, we should be reporting the regions separately:

● Lower Mainland – because of the millions of people in a small area it should be reported
on separately from the rest of the province.

● The Rest of BC – because it is sparsely populated and spread out, there are different
concerns than large centres.

If we reported on the cases and fatalities outside of the Lower Mainland and the Island we
would see a situation that is very mild. I have heard many times that the reason for this is
because of the measures we are taking. As you know, this is simply not true. Diseases spread
differently in smaller regions because of fewer interactions with others. The modeling should not be done province-wide but should be done at the local level.

The other concern is that clusters are being lumped together with all of the results. In particular, results are aggregated country-wide, which is concerning to me. The Ontario and Quebec long term care situation is tragic, but is a cluster in itself and should be pulled out of the general data.

For example, the Cargill meat plant outbreak in High River generated about 2000 positive tests, skewing the numbers making it look like a spike. What’s interesting about that outbreak is the high percentage of asymptomatic people and the low percentage of severe illness and only 2 deaths. Looking at the Brooks meat plant situation where 7% of the town tested positive and 1 person died, it is clear that the fatality rate is quite low. My last example for this letter (and there are many more), is a US Naval ship where out of 1,273 sailors, 20% were asymptomatic and only 1 person died. While every death is tragic, this is a clear indication that many more people were infected with the virus in the spring than we know about, and it is likely a very mild illness for a large percentage of the population. Here in the Interior Health Region, which as you know is a vast region spanning Kamloops to the Kootenays, we have had only 2 deaths. While any death is tragic, this is not classified as a public health emergency in our region by any definition.

I am very dismayed at the headlines that have been coming out recently such as “Record
Number of Cases in a Day”, “Over 10,000 cases”, “Young People Are Spreading the Virus”:

● Record Number of Cases – what is not being reported on or clearly defined to the
general public is the relationship between the number of cases now and the number of
tests and types of tests being performed. We are testing 5-7 times more now than in the
spring and early summer. Back then we were only testing those with severe symptoms
and those that were traveling, especially at the start. This was due to a lack of resources
and is understandable. If you extrapolate the data statistically with the number of tests
we are doing now and how we are testing people with mild symptoms, if we were testing
at the same rate in the spring and early summer, we would have been seeing 1500-2000
cases per day, perhaps more. Therefore the cases we have now are quite small.

● Over 10,000 cases – this is a very irrelevant stat, but the media likes big round numbers.
I would ask that you and your team consider your statements and how the media will
report on them and how the public will perceive them. There is no reason at this point to
be reporting at the frequency that you are. We all know the virus exists and the constant
updates are contributing to unreasonable fear and anxiety in much of the population. I
know that this is not your intent, but that is the outcome of too much reporting. At this
point, we should only be reporting on major events and changes. Considering that here
in the Okanagan we had thousands and thousands of visitors over the summer and
Penticton has had only 11 cases the entire time, Summerland has had 4, we should be
greatly relaxing the restrictions here.

● Young People are Spreading the Virus – this is a very misleading statement. The
narrative in the media is that young people must have been following the restrictions in
the spring and summer better. This is a dangerous narrative and blatantly false. The
virus didn’t magically start infecting young people recently. It is clear that young people
weren’t testing positive in the spring/summer because we weren’t testing them because
they had mild or no symptoms.

All of these lead to a much higher infection rate and a much lower fatality rate. The
Government of Canada website indicates that there have been 9,495 total deaths at the time of writing; we have 305 deaths under the age of 60 across the country. Meanwhile, 6,753 of the deaths have been in people over the age of 80. I heard you say the other day that our median age of death is 85. A very large percentage of people that have passed away had multiple comorbidities and unfortunately likely would have succumbed to other illnesses. Every life is important, but what have we truly lost with province-wide restrictions?

I understand that you have the most up to date data and access to experts. What I have that
you don’t have is access to hundreds of people that have reached out to me to talk. We are
killing more people with isolation, depression, and addiction than have been saved by public health restrictions. In particular, in smaller regions, we do not need to be restricted in the same way that larger cities are. It is impossible to quantify what we have lost over the last seven months, but here are a few things that I’ve seen:

– Increase in alcoholism and addiction, in particular among those that have lost their
jobs

– Depression and anxiety disorders, not being able to interact with other people in a
meaningful way or spend time with family for this length of time is not healthy in any way

– Increase in abuse, especially in the spring when children couldn’t go to school and
spouses were confined to the same household for months

– Seniors contemplating suicide, rather than living life with little to no quality of life and
not being able to see their friends and family or do the activities they normally do

– A massive loss in human creativity in the Arts and entrepreneur community. I
have never heard so many people tell me that they have lost their drive. We have lost
nearly a year of human ingenuity and creativity in a large percentage of people. This
cannot be quantified.

I do believe that you are not intending for us to feel this way and you are doing the best that you can with the data presented, but I implore you to take a different strategy and to consider alternatives. We are killing more people than we would ever save and I fear for the massive trauma we have caused an entire population all at the same time and how we will recover from this.

I would also ask you to look into your heart, and I am in no way implying or questioning your integrity, but can you say for certain there was no ministry influence on decisions such as closing bars early and closing banquet halls? If you knew that an election was going to be
called, would you have questioned the motives behind this? It may not have been blatant, but was there even a slight push in that direction?

Here a few examples of how the restrictions have hurt rather than helped:

I lived with a severe anxiety disorder most of my life and I understand the damage that can be done by living in a constant state of stress with cortisol running through your body 24/7. It causes issues with cognitive thought and triggers depression. When a person is in a high state of anxiety as so many are, they will often make poor decisions.
I understand that you are doing the best job that you can in a difficult situation. I would like to learn more about who else is part of your team, what strategies are being implemented to think of different alternatives, and mostly, why the government has felt that a single person should be the face of this emergency. This is not fair to you, and it is a concerning approach.

I understand that I may be incorrect with my data analysis, as it is based on the limited data that we have, I would happily meet with you to discuss what I have seen and how I am interpreting the data.