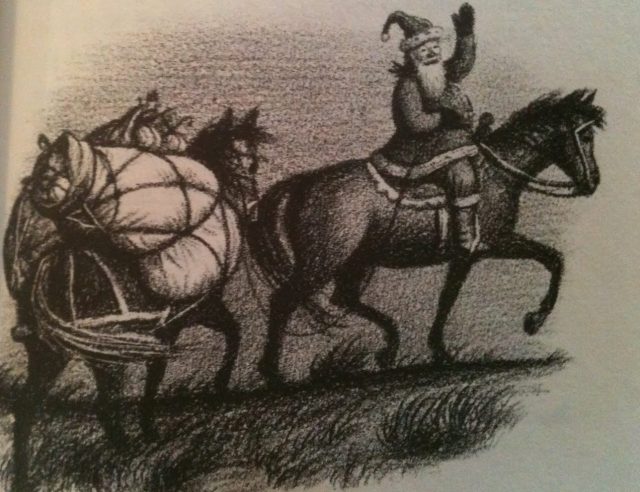 What’s a Penny Worth?

Home » What’s a Penny Worth?

Yesterday, for Christmas, I read a story to my daughter from Norman Rockwell’s Christmas book. 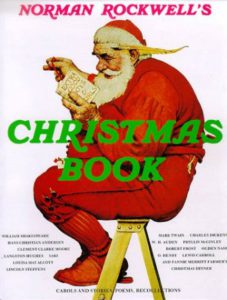 I assume most North Americans my age or older know Normal Rockwell’s photo-realistic paintings of small-town American life of the early to mid 20th century. I loved Rockwell’s work from the time I was a kid because a house that my parents lived in shortly after I was born was insulated not with fiberglass batting, but dozens of editions of the Saturday Evening Post, the weekly magazine that featured Rockwell’s illustrations for half a century, starting in 1916. My folks salvaged a number of these covers, framed them, and hung them in the hallway (one of these was for April Fool’s Day 1943; children have fun finding everything wrong with it). Libertarians will be pleased to know that among his most famous works are the Four Freedoms paintings. 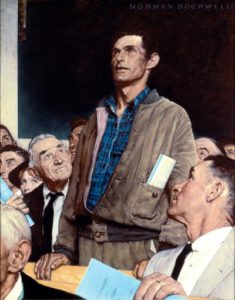 His beautifully illustrated Christmas Book has seasonal stories, poems and carols. The one I read to my daughter was Laura Ingalls Wilder’s “Mr. Edwards Meets Santa Claus” from her well-known Little House on the Prarie series. This series of children’s books (and later TV shows) became emblematic of the spirit and virtues of American pioneers, showcasing the hard work, patience, and familial support necessary to survive on the frontier as the United States expanded westward in the 19th century. Laura’s daughter, Rose Ingalls Wilder followed in her mother’s footsteps as a writer and became one of the founders of American libertarianism. 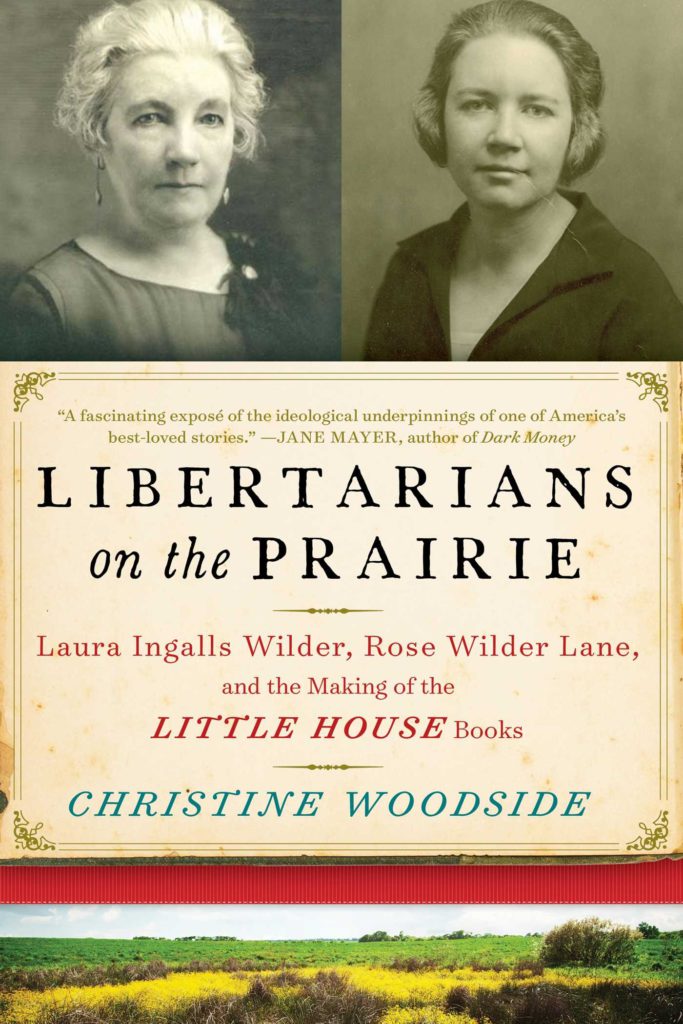 Alas, I see I’ve digressed again; back to the story of Mr. Edwards and Santa.

The Ingalls family were living in Kansas at this time and Christmas was approaching. The two little girls, Laura and her sister Mary, were hoping for a visit from Santa, but because there was no snow, and the creek that separated their home from the rest of the world was so swollen with rainwater that they feared that Santa’s sleigh wouldn’t reach them (I suppose the myth of reindeer flight hadn’t yet been invented). They had invited Mr. Edwards (a family friend who lived not far away) for Christmas dinner, but assumed he wouldn’t make it either, on account of the creek. The girls’ mother assured them that Santa hadn’t forgotten them, and would surely visit next year. To everyone’s surprise, however, Mr. Edwards showed up late Christmas Eve, soaking wet and freezing, having risked his life in a swim across the creek. He came bearing gifts for the girls, which Santa had passed on to him.

This is the point in a story at which, if it’s being read to a child, the reader has the obligation to provide some historical context, lest the meaning of the story be lost. It’s probably very hard for an average 21st century North American child to comprehend just how poor (in material terms) an average child a century or so ago would likely have been. The Christmas gifts the Ingalls girls received easily fit in one of their stockings (just a regular sock, keep in mind), but represented a bounty they were so overjoyed to receive that they were rendered speechless at Santa’s (and Mr. Edwards’) generosity: a tin cup, a candy cane, a cupcake, and a penny.

I don’t know what the purchasing power of a penny was in the late 1800’s; there’s some interesting speculation on this question on this discussion board. We know that a penny was not the smallest denomination of currency at that time, there being also the half-penny and the farthing, so presumably, a child could buy a candy or some other thing, and still have change left over to buy something else.

What has caused the penny to lose so much of its value that the Canadian government decided to get rid of it in 2013? Having read the Tuttle Twins book The Creature from Jekyll Island (based on the non-fiction work of the same name by G. Edward Griffin, which describes the origins of the Federal Reserve), my daughter knew that money loses its purchasing power over time because of inflation of the currency supply by central banks. 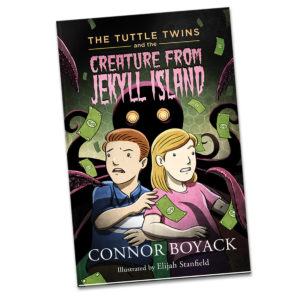 And how do central banks increase the supply of fiat currency (here’s a short explainer video on the meaning and origin of fiat currency)? They create it out of thin air and lend it to governments. Private banks (the chartered banks in Canada) also have the magical power to create dollars from nothing, but it’s really the federal government that’s driving the increase in the total amount of dollars in circulation. The Canadian Taxpayers Federation recently pointed out that in 2020, the feds spent an average of $1.1 billion per day, and borrowed 60% of this money. According to a 2018 report, the Taxpayers Federation estimated that 9% of Canada’s debt was financed by the Bank of Canada, but it’s safe to say that with the massive increase in spending this year, that proportion has grown significantly. We’re currently carrying over $1 trillion in federal debt, on which billions of dollars in interest payments are due every year ($22B in 2018, but again, expect that number to be much higher now). The provinces also carry their own debts that are added to this, Ontario’s debt of $386 billion being, apparently, the largest sub-national debt in the world (BC’s is $74 billion, or $14,562 per person), which puts the lie to the federal Liberal’s claim that Canada has the lowest debt-to-GDP ration in the G7. 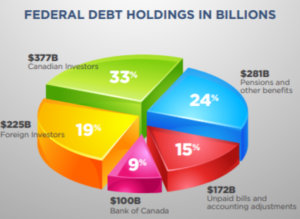 Most reasonably intelligent people can understand that it’s not a good idea for anyone, including governments, to live beyond their means for any extended period. The fact that none of our governments seem to be no plans to pay off the principal (and not just the interest) of the huge debts they’ve incurred is disturbing enough. Unpaid debts mean higher taxes (and possibly reduced services) when those debts must finally be paid. But the really insidious way that our future prosperity is diminished is through devaluation of the currency. Central banks have set monetary policies so that such debasement happens steadily and incrementally, but it’s no less damaging to our retirement savings simply because it’s predictable.

Santa may have been wise and kind to provide a gift of a penny to two little girls at a time when the government’s currency was backed by precious metals. But now in the era of fiat currency and wild, panic-induced government spending, if you want your gift of money to preserve its value over time, you’d better give gold, silver or Bitcoin.