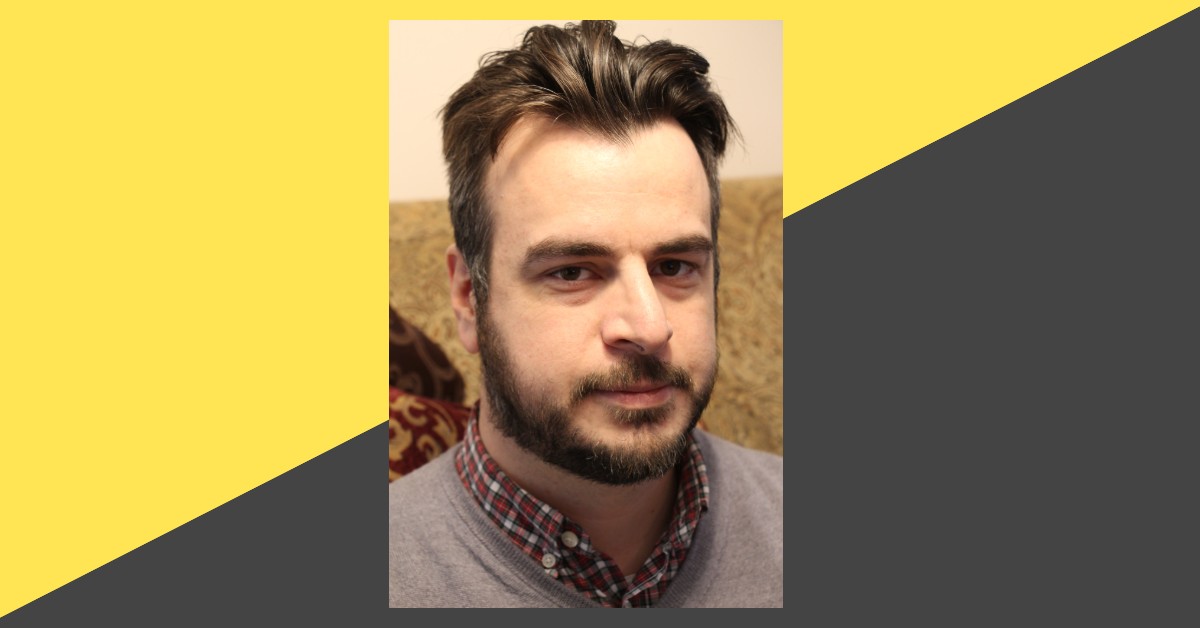 There is a striking divide at the heart of the Libertarian movement – a perhaps irreconcilable tension. This is not because one camp has the right ideas and the other the wrong ones. Rather there are competing ideals of liberty, and no obvious way to resolve the impasse.

I have spent the last several years trying to grasp Libertarian ideology. As a student of philosophy, this ontological approach to what is essentially a political question comes naturally to me. When I joined the BC Libertarian party in 2017 I came in with no real advance understanding or even awareness of the political ideology. I had brushed up against the term “Libertarian” before, having become enamoured with former US Senator Ron Paul during his 2012 campaign to stand as the Republican US Presidential candidate. Still, I never connected the dots enough to learn about the underlying politics.

I’d like to sketch out here the thoughts I’ve developed over these last few years. I am not aiming at a historical account of Libertarianism. I am not going to talk about competing views of Murray Rothbard or Ludwig Von Mises, or review the intricate arguments of Walter Block. Nor am I going to spend much time claiming to definitively explain anarcho-capitalism, minarchism, classical liberalism or any other flavour of libertarianism.

Instead, I just want to share something that has been driving me mad over the last few years, this fundamental divide I have found when I try applying the first principles of libertarianism and extrapolating out to the consequences. Let me explain.

In one branch of the Libertarian framework, political action is focused on reducing restrictions on individuals. Or, inversely, to maximize the liberty of an individual. I am going to call this branch of libertarianism “Individualism” and its proponents “Individualists” for the purpose of this writing. I am not specifically intending to use those terms with any other loaded meaning – just consider it a place-holder.

The imagined goal is an individual who can do whatever they want as long as they do not hurt anybody else. On their own property they should be more or less a king: “All of your freedoms, all of the time,” as the Libertarian Party of Canada put it in one of their election slogans. Or, as Libertarian Party of Canada Leader Tim Moen put it more colourfully: “I want gay married couples to defend their marijuana plants with guns.”

In political terms, Individualists seek to “decentralize” power, reduce the role of government, or “shrink it”, to reduce taxes, and eliminate regulations and rules that govern our business or our day-to-day lives. “Less gov, more you” was a slogan I ventured on my Facebook page for the last couple years.

This view resonates with those of us naturally inclined to Libertarianism. We tend to appreciate Individualism. We have a kind of belief in the inevitable rise of the human spirit if left to its own devices. This is often matched with an equal fatalism, a belief that if somebody is acting in a foolish or unproductive way, that they will receive the fruits that they deserve.

Individualists make both “consequentialist” arguments – that is to say, we argue that the consequences of Individualism will be good – and principled arguments: that such a lassez-faire attitude to individuals is also moral.

In my observation, Individualism is the most widely held idea of libertarianism in the public consciousness, and I believe it is what brings most people to a Libertarian party. From my experience, this shared view of the world really binds many of us together and also sets us apart from many of our peers outside of the Party.

Still, as I have pondered the implications of libertarian philosophy – that is, the Non-Aggression Principle and the centrality of private property – I am left with the astonishing conclusion that these first principles of the political philosophy do not entail Individualism as I have described it at all. In fact, I have come to the difficult view that these foundational principles of libertarianism are agnostic as to the size, scope and role of government.

The true implication of these principles is not how much government there should be or what it should do, but instead WHO should govern, and how. Namely, that property owners should govern over their land, and not the state (the Queen, President, or just generally God’s representative). That really is the extent of the implication.

I have reached this point in my argument with libertarians in conversation, and they often think I have come back to justifying Individualism, that, yes, the individual must also have his property protected. But this misses a fundamental point about how the governance of such a society might develop over time.

Once you have accepted the lawful ascendancy of the property owner over his or her property, you can extrapolate private conglomerates of land-owners out to any size you want: gated community, shopping mall, city, even nation.  Once you have done this you realize these collective property owners must and will establish law and order over their land, or at least they will have complete authority to do so. This branch of Libertarianism is I think best described as “Anarcho-capitalism” and its proponents as “Anarcho-Capitalists.”

To my thinking, Anarcho-Capitalism is the ‘purest’ – ie. clearest and most consistent –  expression of our first principles; but here is the challenge: this framework does NOT entail the absence of restrictions on individuals, it does not entail individualism. It entails the ascendancy and rise of private government. There is no a priori reason that private government would result in a “freer” – more Individualistic – society. Put differently, there is nothing in libertarianism that would require private governments to permit gay married couples to protect their marijuana plants with guns.  The legality of all of those things would be determined by the private government established by the property owner(s).

The most pertinent model for a libertarian future is not Mad Max or Burning Man: it is shopping malls and strata-governed condos. Yes, those boring, bureaucratic, and fundamentally freedom-destroying busy-bodies will flourish and thrive. Imagine a privately owned conglomeration of apartment buildings and interconnected roads and parks. If we take a stereotypical libertarian concern: will that conglomerate permit you to smoke weed if you own an apartment there? Obviously, this will be a function of the make-up of the owners of the complex, but realistically if you have ever encountered a strata council before you know that the weed-smoking apartments would simply be rare to non-existent in this imagined libertarian utopia.

How about guns? In the absence of federal or provincial laws respecting firearms, do you really think that private communities would automatically give carte-blanche on firearms ownership? Hell, no. If anything they might likely become even more restrictive than we experience right now.

In reality, the tabula rasa that we Individualists yearn for – of no laws or restrictions -would be an extremely rare and improbable outcome even in a completely private society. Yes, you will have your Texases and Albertas, but you will also have your San Franciscos and Denvers. But notice… we already do! And this raises another concern of mine: would a wholly private society really be governed differently than the status quo? I think there are good reasons to think people would elect to run things more or less as they already have been.

I think the easiest way to think about this is at the scale of the city Let us imagine the city of Vancouver, or Burnaby, or New Westminster, or whichever, have its entire legal authority transferred to a council appointed by the property owners, in proportion to their ownership stake of the city. (I will just pause here to note that this is pretty close to how we appoint civic leaders already, though non-property owners also get to vote.) How would these property owners govern the city? What would be the result? It is not like all of a sudden all of our neighbours are going to emerge as Individualists. If anything changed in governance at all it would likely be piecemeal and slow. Few property owners are going to suddenly call for a revolution in how the city is run. If they like the place they live they would be mad to upend the rules on a whim.

At the very least, even if private governance turned out to be exactly like it is right now (with respect to the size, scope and scale of governance), that would be completely consistent with Anarcho-Capitalism. There is nothing in the model that entails that there must be less government, decentralized government, more capitalism, fewer regulations, lower minimum wage, etc. All of these things could be consistently regulated by a private government. There is no innate drive towards Individualism in anarcho-capitalism.

This extraordinary tension between Individualists and Anarcho-Capitalists (or between these competing principles existing in the same individual) explains the prevalence and energy of the “libertarian purity test” we are all too familiar with. I and others have tried to ignore this purity test or rise above it, but there is in fact a fundamental need for this political ideology to define its “true” aims and means, as there is a foundational conflict here. To my reckoning, Individualism requires an idealized government (dare I say ‘state’?) that maximally protects the “freedom” of the individual (i.e. the individual can do whatever he wants whenever he wants as long as he is not hurting anybody), whereas Anarcho-Capitalism has no such hang-ups on maximizing individual freedom in this way – or perhaps rather “maximizes freedom” simply by maximally enforcing private property rights.

For what it’s worth, I do not see one group as necessarily wrong and the other right – I see this as an as-of-yet irreducible, incommensurate aspect of libertarian ideology. I also do not necessarily see this inconsistency as all bad – there is something worrisome and improbable in a theory that purports to resolve all human conflict with a single, universal and inviolate formula of human action. Finally, it remains that there is a way to reconcile these two branches of the movement that I have not yet considered. Until then, this seems to me to be a divide at the heart of libertarianism.