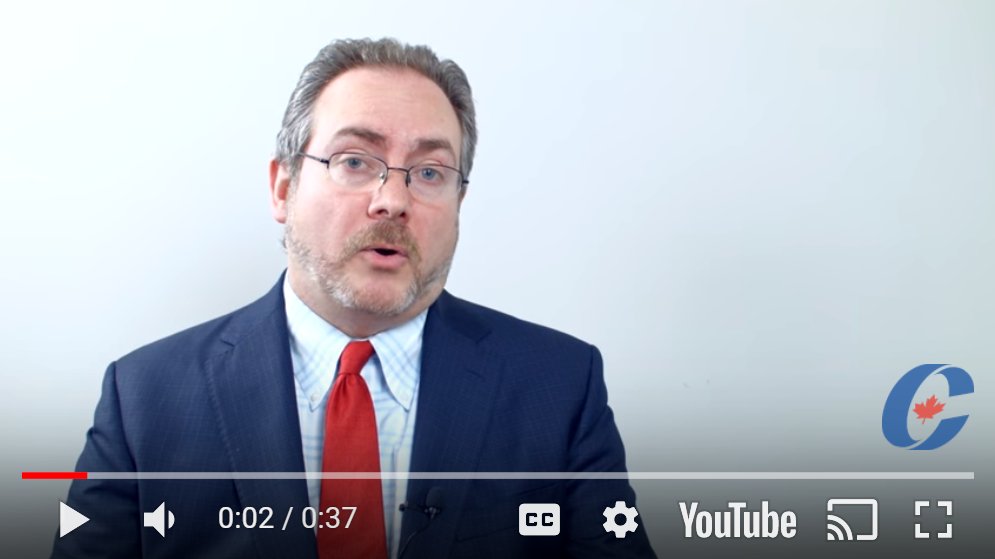 Letter to the Executive Director of the Conservative Party of Canada:

Thank you for the note and video message.

I wholeheartedly agree with your point that Prime Minister Justin Trudeau is an international embarrassment and has steered Canada down the wrong economic and social paths, however, I do not at this time feel that Andrew Scheer or the CPC represent my values.

I joined the CPC in the hope that, with my vote as a party member, Maxime Bernier would be leader and that the CPC would adopt his distinctly small government, low tax, libertarian views that I hold dearly in my heart. Unfortunately, this did not happen, and I was left feeling that Maxime was robbed of victory by a decidedly suspicious and underhanded election process. Furthermore, I do not see any of the qualities in Andrew Scheer that I admire in Maxime Bernier. I feel that Maxime is a man of conviction, high moral character, and has a deep rooted understanding of his guiding principles & philosophy – whereas Andrew to me seems soft, wishy-washy, and fails to effectively challenge Justin Trudeau’s socialist SJW agenda. I can not in good conscience support a man or party that does not represent my own views, and would in my view do little to reverse not only the economic disaster that the Trudeau Liberals are setting up for us and future generations, but the pervasive and insidious social justice agenda that permiates the entire federal bureaucracy as well. Voting for the “lesser of two evils” when a more fitting alternative exists is nothing more than abandoning one’s own principles.

I appreciate that the CPC recognises the dire need for lower taxes and a more efficient regulatory environment to encourage business investment and entrepreneurial activity, but the lack of clear commitment to combine those tax cuts with corresponding cuts in spending, and an even stronger commitment to abandon the Liberal social agenda, disqualifies the CPC from winning my vote. Should the CPC one day elect a leader or adopt a platform more in line with the views and principles held by conservative giants like Margaret Thatcher or Ron Paul, the CPC may perhaps win my vote. Those simple guiding principles, that can be followed by individuals and political parties alike, are limited government, peace, tolerance, individualism, and free markets. Any leader or party that openly supports supply management, corporate welfare, managed foreign trade agreements, boutique tax credits to special interest groups, the failed war on drugs, and an aggressive interventionist foreign policy simply won’t win me over.

Until the day comes that the CPC takes a less authoritarian approach to policy and governance, my time, money, and vote will be going to getting Tim Moen and the Libertarian Party of Canada elected in the next federal election. No doubt, the CPC would be an improvement over the current Liberal government, but not nearly enough to win my support. I will continue to follow the CPC and the absurd Canadian political situation closely, and will support individual CPC initiatives on a case by case basis should they fall in line with my principles.

Thank you again very much for your time and efforts to reach out to members. It is my hope that this message communicates my criticism and frustration in a constructive and thoughtful manner. I look forward to seeing Justin Trudeau voted out of office, just as much as you do, and wish nothing more than continued dialogue and civil exchange of ideas between conservatives and libertarian classical liberals to work towards a truly free and prosperous Canada.

I’ve recorded a special video for you. Please watch it here.