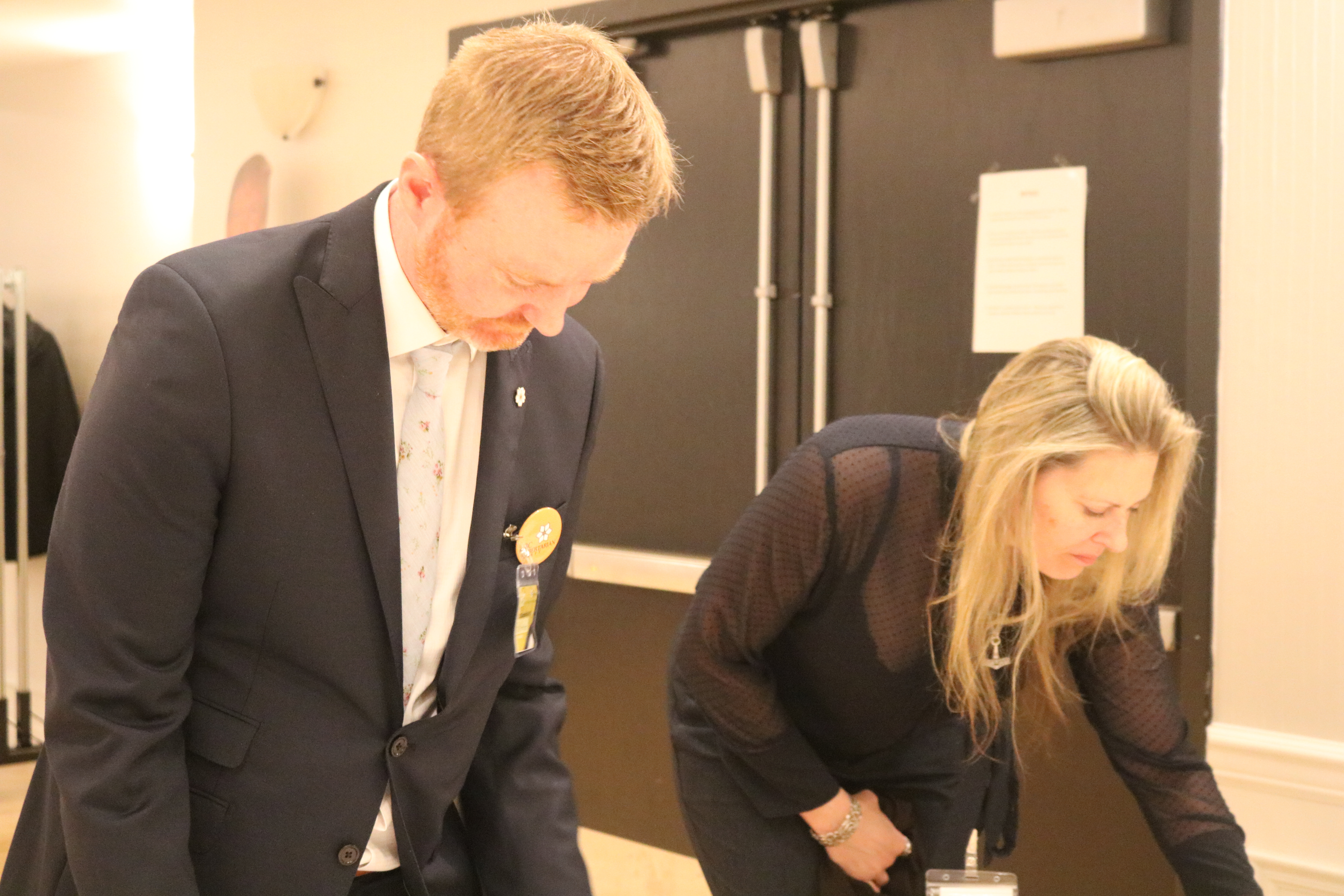 The date was October 6th, 2018. The BC Libertarian Party had spent the past few months working around the clock to promote our annual general meeting for 2018. Every mind was focused on getting members in attendance. For an event that began at 9:30am, a core team of volunteers were on site as early as 5am to begin setting up for the important day.
Why would so many people get up so early on a Saturday morning just to attend our political meeting? Because British Columbians are tired. They are tired of government waste and high taxes. They want their lives back, and that’s worth sacrificing one weekend.
So we sent out the call and waited patiently as people bought their AGM tickets.
We were by all counts extremely successful.
Over 50 Libertarians journeyed from across BC to witness the next steps for the BC Libertarian Party. Each member at the door acquiring a new set of voting cards and copies of important policy choices to be voted for or against on the floor. This is how any political party shapes it’s future; input and feedback from members.
What excites someone like myself, who has been with the Party for over two years now, is how many new faces I saw there. It was just as pleasurable to catch up with executives and leaders in the movement, as well as our friends from Vancouver Island that we don’t get to spend time with nearly often enough.
​​
At this AGM, it was clear that there was an important issue on the floor – our aging constitution. In 2017, the Party struck a constitution committee with the task of exploring another option. Throughout this year, other members also came together in the libertarian spirit of providing options and choice, and we ended up with two completely different documents on the floor of the convention. Both intended to completely replace our original founding documents with a vision for the future.
In the end, after presentations were given to explain the merits of each document and to answer difficult questions about how the new document might affect our Party, members voted to overwhelmingly support the “Going To Victoria” proposal, offered by four members of the Party: Dr. Kenneth Van Dewark, Matt Stiles, Lee Smith and Paul Matthews.
​​

Workshops held in multiple locations helped to field new ideas from all our members. The BC Libertarian Party is different because it listens to it’s membership and tries to incorporate it all into how the Party functions.
​​
The BC Libertarian Party is exploding in terms of membership numbers, social media reach and candidate readiness. Over the coming years, we will reveal our election candidates and their management team, our new media team and outreach teams.
Over the past year we have released a great number of new policies and the policy committee is now bigger and better than ever. Before the next provincial election in 2021, the BC Libertarian Party will have grown in enormous strides and we will have written many new policy pieces.
​​
The 2018 AGM for the BC Libertarian Party was a massive success because dedicated members poured blood, sweat, time and talent into this event. We walked away with a brand new high-octane constitution & bylaws to replace our 30+ year old founding document and chart a path forward.
Together, we’re going to grow this party from hundreds of members to tens of thousands.
Share Tweet Share Pin