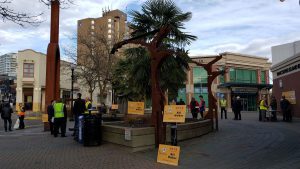 Wow, I can’t believe January is already over! It feels like just yesterday that we were all overstuffing ourselves and cramming in endless Christmas parties!

It’s been quite the January, both for me and for the Party!

First up, and most importantly to me (sorry guys) I became a father for the first time on January 18, 2019. Little Natalia is a total delight. She and Julia are doing marvelously together. I get to hold Natalia from time to time, but she definitely prefers mom. 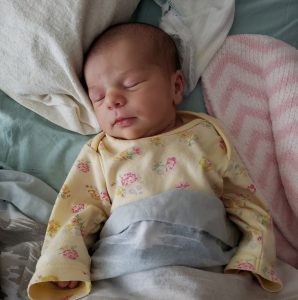 Ok, back to the gritty world of politics!

Bill Walker for MLA in Nanaimo!

On January 2nd Premier Horgan (finally) announced the Nanaimo by-election to be held January 30, 2019 (that’s this Wednesday, Nanaimo members!). Because of the incredibly short election period (thanks John) candidates only had less than 7 days, until 1pm on January 9 to get their nomination papers in.

For those of you who haven’t gone through the process before, this requires the candidate to obtain 75 signatures from riding residents, pay a registration fee by bank draft, submit signed documents from the party leader and treasurer, as well as the completed nomination package.

Needless to say this is an insane thing to accomplish in a week. Thankfully – we didn’t have to!

Thanks largely to the foresight and perseverance of our Candidate Readiness Officer, Kyle Geronazzo, who keenly anticipated the timing of the election, Bill’s potential candidacy was brought before the executive and approved well in advance, which got Bill a healthy head start to work on his signatures and get the necessary documents together.

Damn, I love seeing everybody work together so well! 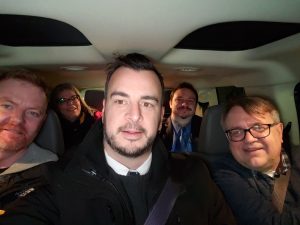 Bill Walker deserves a huge amount of credit here. He is giving so much of his time for no monetary reward, and putting his name and face out there in his own community to speak up and stand for individual freedom and smaller government. We all know how much flak we can get in a world of statists when we are trying to defend free market principles and explain how the state operates by coercion. But Bill isn’t just standing up tall – he’s also kind of killing it.

In the short 2 weeks since being confirmed by Elections BC, Bill has had a yellow-vest rally, campaign kick-off event, not less than 4 media interviews, including with Nanaimo News Bulletin, Times Colonist, and Politicoast. Through his professionalism Bill earned invitations to the all-candidates debate as well, where he performed exceptionally well.

I am so honoured to the leader of this party knowing men like Bill stand with me and are working so well to push the ball down the field. 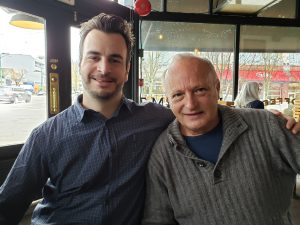 Of course, it isn’t only Bill. When I was going up to help run Bill’s campaign kick-off rally, I was joined by no less than 7 other volunteers! In fact, we had so many people step forward we had to rent a car big enough for us all!

Special thanks to Paul Matthews, Bill Morrison, Kyle McCormack, Paul Geddes, Liam McCoy, Katherine Wilson, and our former Instagram Coordinator (who wishes to remain private!) for joining me on what was a terrific event for the party!

This month the executive approved our first 2 constituency associations! Congratulations to the members of the “Okanagan” CA and “Kelowna/North Interior” CA! And a special thanks to the members who volunteered to stand as executives!

We also had the founding of two more CA’s: “Surrey-Delta-Langley”, and Vancouver’s “YVR”! The executive will be looking to approve the by-laws at next month’s meeting! Members in those regions please contact [email protected] to be put in touch with your local CA executive!

Changes on the Executive Council

We had two volunteers step down in January, Vice President Lee Smith and Regional Caucus Chair Kenneth Van Dewark. We are all so thankful for their significant contributions to this party in time, money and ideas. We will work hard to honour what you they done.

Our President, Paul Matthews, will be sending a communication out to you all in the coming weeks on the process we need to follow to replace the outgoing executives.

Easy ways you can help bigly

It’s been a great start to 2019, a year that stands to bring the BC Libertarian Party to a whole new level of prominence and relevance. I can tell you people are starting to talk and think about us on a whole new level.

But all of that is only possible by the support that you all give to the party on a daily, weekly, or monthly basis. I just want to take a few quick minutes to point out some simple things you can do to help us keep pushing these ideas higher and higher:

So now that Patreon is an enemy of free speech, why don’t you transfer your monthly donations over to us! We have our website set up now so we can accept amounts as low as $1 or $2 per month. Honestly anything you can afford really adds up and really helps us take care of business.