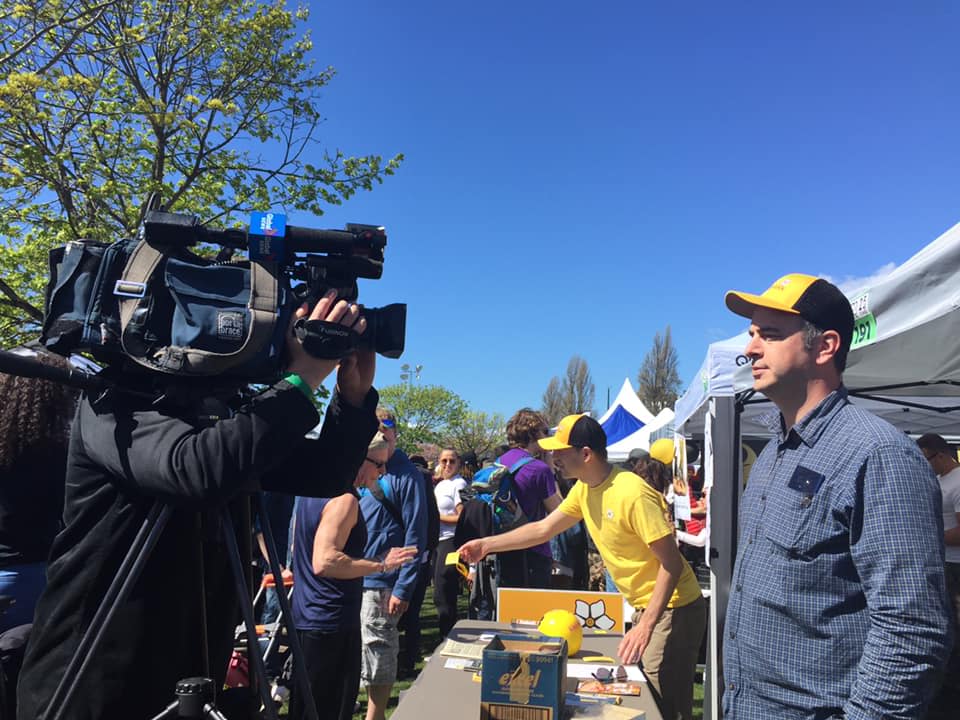 VANCOUVER, BC: The British Columbia Libertarian Party welcomes the public to meet and greet with its leadership and candidates during this year’s Vancouver 420 Cannabis Protest at Sunset Beach on April 20th, 2019. This year, the Vancouver 420 organizers have granted the BC Libertarian Party a great corner Booth in Spot #191 for the entire duration of the event. (Refer to: https://420vancouver.com/book)

We believe the BC NDP have completely fumbled the important multi-billion dollar cannabis file to ruinous results, and innocent Canadians continue to get caught in the cross-fire. Furthermore, federal regulations have resulted in cannabis price increases of more than 17% across the country.

If the government’s goals was curtail the black market and squeeze out organized crime, it’s failing badly. So far, it has mainly been government insiders, former police chiefs and major liberal donors who have earned a share in the new government-run industry, while the entrepreneurs and activists who built the original dispensaries and compassion clubs have been shunned and left behind.

“One of the first orders of business for the Libertarians in Victoria would be to stop police from arresting people for Cannabis distribution, possession and consumption. We would then work with municipalities to set up legal a framework to allow the Craft industry to “come out of the closet” and flourish in a free market.” – Keith Komar, 2017 Libertarian Party candidate, East Kootenays.

Today, we’re launching a campaign called #FreeMyBud to call attention to the failures of the government’s heavy-handed approach to cannabis legalization. For more info visit: https://libertarian.bc.ca/freemybud

A BC Libertarian government would maintain a light-touch in implementing the legal market. We would apply only the Provincial Sales Tax on cannabis (no sin tax!) and would adopt the minimum federal regulations (barring sales and marketing to minors) without adding to them. This will place cannabis in a similar situation as beer and wine in BC.

The current provincial retail regulations are too onerous, and don’t allow communities enough flexibility in how they deal with dispensaries and other cannabis retailers. A BC Libertarian government would scrap these regulations and allow municipalities to use existing authority to regulate the sale, use, and distribution of cannabis in local communities as they see fit.

The BC Libertarian Party has a strong and far-reaching political platform covering many important issues in British Columbia, including proper cannabis reform. This platform is based entirely on individual freedom, personal responsibility, and a greater number of options for British Columbians across many sectors of public and private life. For details visit: libertarian.bc.ca/issues.

Whether it’s fixing the broken cannabis regulations, abolishing the ICBC dumpster fire, or simplifying and reducing taxes, the BC Libertarian Party has something to offer every citizen across this beautiful province who wants a more free and more affordable life for their families and their communities.

Come speak to the Party leadership and star candidates of the only registered provincial Party that dares to show up to this controversial event at Booth #191.

We want to hear your voices.