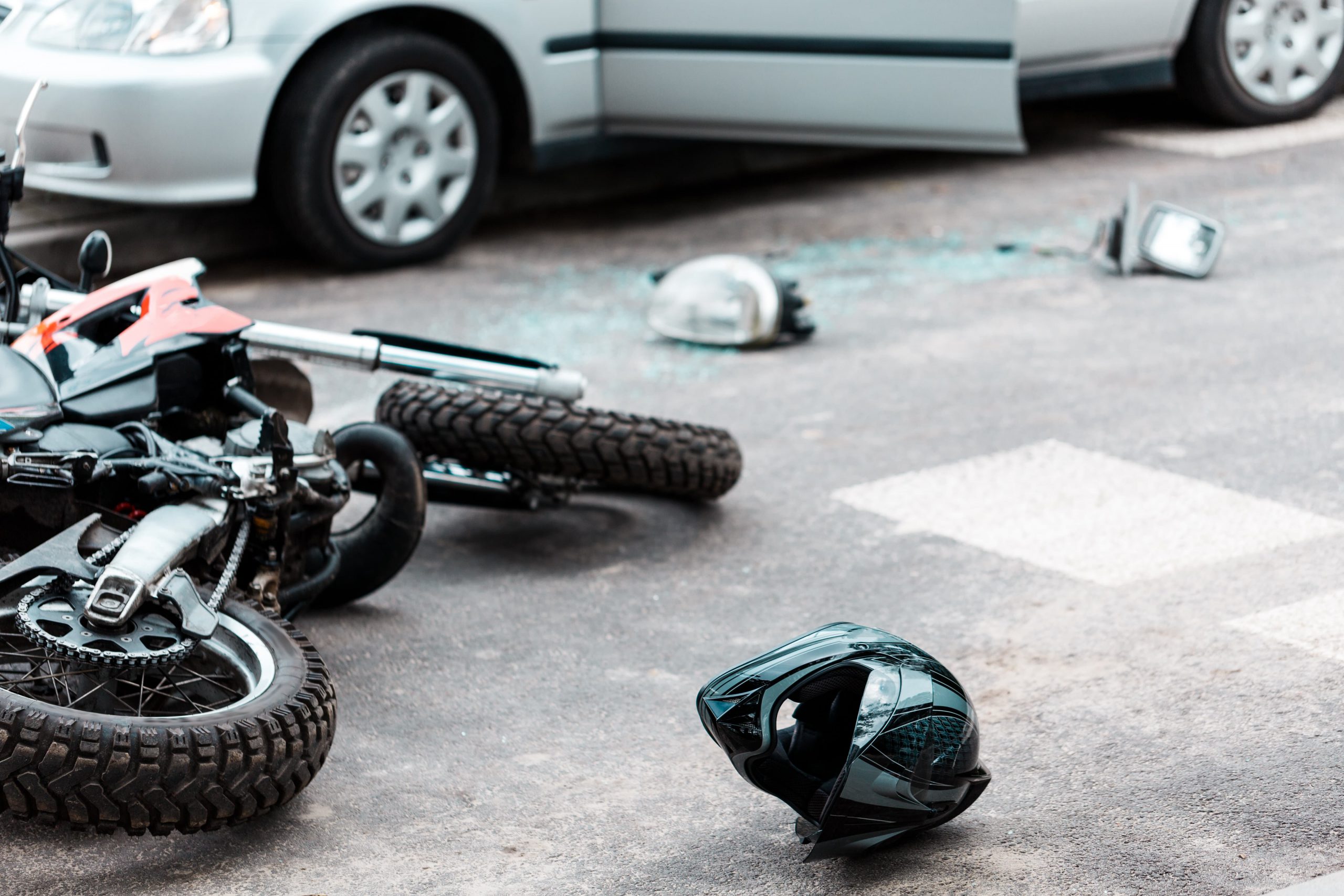 ICBC is consistently rated as the worst insurance provider in the country, yet consumers are powerless to choose a competing insurer for their basic auto insurance needs.  Not only is ICBC universally hated for poor customer service, its prices consistently rank among the highest in the country and Horgan’s NDP have made changes that have only stoked the Liberal dumpster fire they pledged to put out, with premiums spiking beyond 200% in some cases, coverage reduced, settlements capped, and unconstitutional manipulation of court cases in their favour.  British Columbians are paying a premium price for an inferior service. This is totally unacceptable!

The BC Libertarian Party believes that the recommendations contained in that study don’t go nearly far enough; we would liberate drivers from ICBC and allow every British Columbian to purchase any form of auto insurance from any insurance provider of their choice, finally ending over 46 years of government monopoly in British Columbia.

In addition to opening up the insurance market to new competing players, we propose to convert ICBC’s insurance business from a Crown corporation into a member owned and operated co-operative. We will wind-down the massively wasteful bureaucracy in administration and executive management, and will conduct a full review of ICBC’s fine schedule and collections practices.

ICBC has been used by the province to cover up fiscal mismanagement and pander to special interest groups with lavish payments. BC Libertarians want to take away one of the primary means of our provincial governments to behave irresponsibly and without accountability.  Without the ability to intentionally create massive surpluses or deficits in the ICBC account, fiscal responsibility in every other ministry will be strengthened.

We will repeal the Insurance Corporation Act and replace it with the Temporary Co-operative Insurance Act.  The BC Utilities Commission would be stripped of its regulatory role in determining the basic insurance tariff and their budget reduced commensurately.  The Financial Institutions Commission would add auto insurers to their list of insurers that they currently regulate, with their budget increased.  During a period of transition, ICBC members would vote on and implement changes recommended by members, such as amalgamating with BCAA or continuing operations as a standalone co-operative.  Others may choose to opt out and purchase their basic insurance from alternative providers.

The ICBC head office located at the Lonsdale Quay in North Vancouver, valued at nearly $80M, should be sold.

The remaining portions of ICBC’s responsibilities with vehicle Registration and driver licensing should be apportioned to regional offices that need only conform to some simple provincial guidelines.  Registration and Licensing needs are very different in the various geographical regions of BC.  A one-size-fits-all approach leads our rural residents paying too much for regulations needed only in cities.

Measuring the cost of insurance in BC vs other jurisdictions is not always an apples-to-apples comparison, as other jurisdictions with public systems set strict caps on what claimants are eligible to be paid – no matter how much pain and suffering might be caused.  We believe setting limits would be arbitrary and will have negative consequences beyond those of high prices.  Instead, we will address the growing amounts of fraud and soft fraud by permitting for technologies that enable “group buying” or small cooperatives of friends and family to effectively insure each other.

According to the Insurance Bureau of Canada, ICBC presently has nearly double the workforce as any private insurer of the same customer base size. Rather than restructuring the crown corporation, or focusing on root cause accident prevention, the current BC NDP provincial government has passed No-Fault insurance legislation in a stated effort to shore up ICBC financially. For victims of motor vehicle accidents this legislation eliminates pain & suffering damages, access to legal representation, as well as the ability to sue ICBC, set to be implemented in May 2021. Essentially, ICBC has obtained a great measure of government protection and legal immunity, as well as forcibly eliminated the scope of insurance coverage that victims would otherwise be eligible for. This is a major blow to victim rights and access to justice in the province. The citizens of BC will become entirely subordinate to the administrative bureaucracy of ICBC. In order to obtain compensation, rather than lump sum payouts which would allow a victim to retain psychological control over their own life, they in certain cases will be required to have a lifelong relationship with ICBC – essentially ensnaring them into a victim welfare plantation. Many people will fall through the cracks, lives will be ruined, and our roads will ultimately be much less safe as a result. Furthermore, in a Rand Institute Study, it was found that regimes in the United States that adopted No-Fault over a tort-based system, ultimately ended up being more expensive for both policyholders and government in the long run. The BC Libertarian Party will repeal “Bill 11 – 2020: Attorney General Statutes (Vehicle Insurance) Amendment Act, 2020” which covers the “Enhanced Care Coverage” aka No-Fault amendments so that victims of motor vehicle accidents will receive fair pain & suffering compensation and access to legal representation to advocate for their care, recovery, and damages, as well as retain psychological control over their own lives.

For too long the ICBC crown corporation executives have actively worked to block the modernization of BC’s 174 year old wrongful death laws, which would otherwise provide an equal basic foundation of legislative protections and value for all citizens of the province. Currently, only those who meet the discriminatory criteria of having both an income and dependents have value under the law. All others, especially children, seniors, and the disabled are considered “worthless” under the law when wrongfully killed. Their surviving family members presently receive no compensation for their loss. Without financial deterrence there is no incentive to truly make our roads safer for all users. All other Canadian provinces, including the Yukon, as well as most of the developed world have already modernized, in many cases long ago to address this perverse class distinction. No crown corporation, or government body should be allowed to interfere in a process of providing legislated protections for the individual. The ‘Wrongful Death Accountability Act’ as proposed by the BC Wrongful Death Law Reform Society will be implemented as its own standalone legislation, or alternatively, these amendments will be made to both the ‘Wills, Estates and Succession Act SBC 2009’ and ‘Family Compensation Act [RSBC 1996]’ under a Miscellaneous Statutes Amendment Act. Only after the passing of this legislation will we have a safer province with legislated protections for all its citizens, with access to justice.

Currently, the oversight of driver safety and licensing, road and vehicle safety, is distributed among numerous ICBC departments, provincial government departments and ministers, municipal governments, the RCMP, and local police forces. The public often doesn’t get much of a say either. Information has essentially been siloed with limited efficiencies and collaboration abilities between stakeholders. In a 2016 Provincial Health Officer Report prepared by Doctors Perry Kendall and Bonnie Henry it was proposed that the province develop a Road Safety Centre for Excellence. In the report it was outlined that the mandate of this organization would be to work in collaboration with the steering committee and working groups for the BC Road Safety Strategy and would be university based with a priority mandate to collect, analyse, and house provincial and community-level data related to road safety and MVCs. The BC Libertarian Party would propose that we take this concept a step further and develop it as a both publicly and privately funded centre for research, collaboration, policy making, and implementation for the entire province between key stakeholders. The key stakeholders would include, but would not be limited to – individual members of the public who wish to participate in consultative processes, public safety advocacy groups, the provincial health officer, the minister of health, the attorney general, the solicitor general, municipalities, the provincial driver licensing & vehicle registration department, the RCMP, local police forces, and private insurance companies and cooperatives. The intended goals and outcomes would be to foster a collaborative process for innovation to make our roads, drivers, and vehicles safer for all road users, to ensure a competitive marketplace for obtaining insurance coverage, and to further ensure accountability, access to justice, and adequate insurance coverage so all road users are protected. The ultimate goal would be to have the safest roads and drivers in the world without stifling mobility and accessibility for all users of our roads, bike lanes, paths, and pedestrian walkways.