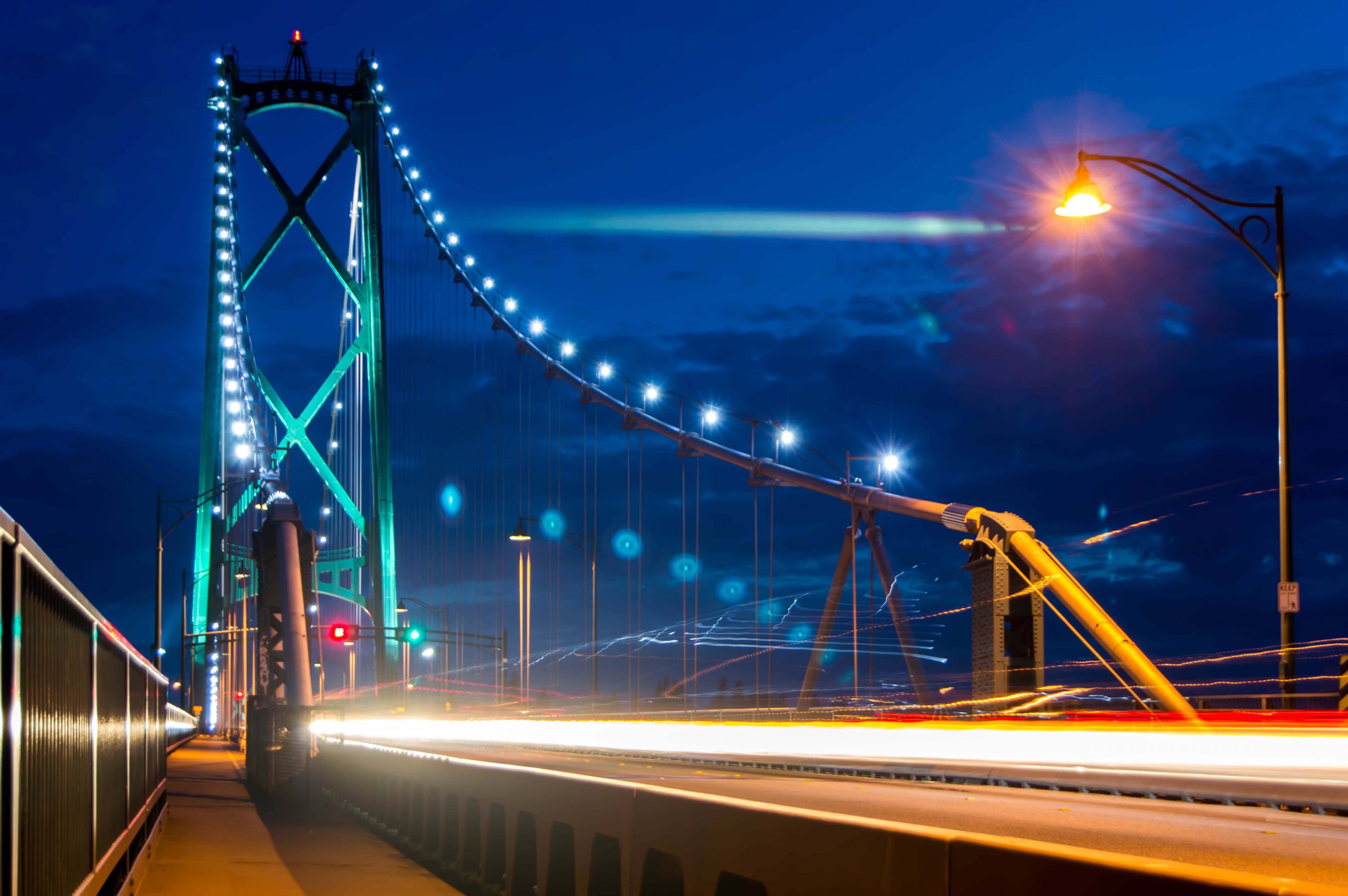 Transportation: Let’s get BC Moving!

The BC Libertarian Party would repeal the Passenger Transportation Act and dissolve the Passenger Transportation Board that fixes prices for the taxi industry, shuttle buses, limousines and for inter-city bus services.  This will eliminate the government setting of prices and tariffs for transport vehicles and the requirement for “Special Authorization” to be granted a license for operation.  The Transportation Board’s requirements that prospective providers demonstrate first that there is a “public need” and that the application “promotes sound economic conditions in industry” presumes far too much knowledge of the bureaucrats running the board, while it also offers protection for incumbent providers from competition.  This kind of interference in the market results in poor customer service and has resulted in many gaps in service coverage throughout the province.  It is extremely unfair – to those for whom the existing arrangement does not work very well – to deny them the ability to seek out better alternatives.

“Ride-sharing” – services like Uber, Lyft and others – drastically improve the transportation of people and goods wherever they are introduced. These modern transportation solutions are disrupting the ineffective and expensive legacy taxi and public transit industry, in the same way Amazon, iTunes, Netflix and Airbnb overturned the models in their respective industries. Ridesharing is bringing mobility to those who could not previously afford it, improving transportation service-quality, reliability and trustworthiness, and allowing ordinary people to generate extra income out of their vehicle. It is not an appropriate function of the government to decide who can and who cannot rent their cars out to third parties for money. Travelling by any means carries different risks, costs and benefits, whether it be walking, riding a bicycle, driving, taking the bus, or taking an Uber, among many others. Each individual should be allowed to determine the relative reward and risk of any given means of transportation. Moreover, a system that is driven by individual choice, rather than central control, will be more efficient, accessible and productive, as the individual is in the best position to make these relevant choices. After all, it is their own body and money that they are putting at risk, and only each individual knows how important it is to get to a given destination at a given pace and price.

ICBC is consistently rated as the worst insurance provider in the country, yet consumers are powerless to choose a competing insurer for their basic auto insurance needs.  Not only is ICBC universally hated for poor customer service, its prices consistently rank among the highest in the country and Horgan’s NDP have made changes that have only stoked the Liberal dumpster fire they pledged to put out, with premiums spiking beyond 200% in some cases, coverage reduced, settlements capped, and unconstitutional manipulation of court cases in their favour.  British Columbians are paying a premium price for an inferior service. This is totally unacceptable!

The BC Libertarian Party believes that the recommendations contained in that study don’t go nearly far enough; we would liberate drivers from ICBC and allow every British Columbian to purchase any form of auto insurance from any insurance provider of their choice, finally ending over 46 years of government monopoly in British Columbia.

In addition to opening up the insurance market to new competing players, we propose to convert ICBC’s insurance business from a Crown corporation into a member owned and operated co-operative. We will wind-down the massively wasteful bureaucracy in administration and executive management, and will conduct a full review of ICBC’s fine schedule and collections practices.

The BC Libertarian Party believes that we should expect better transportation services in the modern age, and that the money taxpayers fork out for some of these services should be spent on projects that will benefit the greatest number of people. As such, we would end TransLink’s monopoly on bus transportation and redirect funding and priorities towards delivering effective and reliable rapid mass-transit service for the 2.5 million residents of the lower mainland. This means enhancements and modernisation of the Canada Line, SeaBus, SkyTrain, and West Coast Express, as well as the accelerated construction of new lines with public-private partnerships such as the SkyTrain expansion to UBC, an Arbutus Greenway Tram, a Surrey LRT, and perhaps others.

Every time a private vehicle is sold in British Columbia, ICBC collects 7% of the vehicle value in Provincial Sales Tax. This means that if a vehicle is sold six times, the government collects tax on that vehicle 6 times, which could be more than the original value of the car by the time it reaches the end of its useful life. This practice of government double, triple, even quadruple-dipping on sales taxes must come to an end. The BC Libertarian Party will no longer charge PST on private vehicle sales, making it easier and more affordable for people to buy a vehicle and increase their mobility.

The BC Libertarian Party would eliminate provincial fuel and carbon taxes, saving the average family over $1000 annually. Everybody pays more when transportation is taxed to the extent that it is today.  While it is costly to build and maintain transportation infrastructure, the majority of those costs are not funded by fuel taxes and carbon taxes.  Most of the maintenance is paid for by municipalities while capital projects are funded independently.  Tax revenue received on fuel (and soon carbon) goes into general provincial government revenues.

Because these taxes are applied to every grocery item we buy as well as our own gasoline consumption, they are regressive; those least able to pay them end up paying the most.  They also unfairly target those that must commute to work, adding insult to injury for those on the run from unaffordable urban housing and traffic congestion. Fuel taxes and carbon taxes are a significant component in the cost of living.  The BC Libertarian Party can only affect the provincial portion of the taxes, however. BC Libertarians would review regulations that stand in the way of new refining capacity in the highest demand areas, so transportation costs of gasoline can be reduced further.

The New Democrats are continuing to increase the cost of taxpayer-funded construction in British Columbia, with more than $4 billion worth of projects already covered by unions-only community benefit agreements. The CBA creates new Crown Corporation called “BC Infrastructure Benefits Inc.” that will hire union workers for construction of major public projects. And they will hire only union workers – non-union citizens of BC aren’t welcome to enjoy in the “community benefits” therein. Premier Horgan claims this unions-only approach will support local hires, drive apprenticeship, training, and employment opportunities for women and indigenous people, that projects will run more safely, efficiently, and economically, and that there will be “only be a modest 4-7% increase” in construction costs. Which means it will be more than 4-7%.

Of course, this increase in cost is coming out of taxpayer pockets, since these are publicly funded projects. So in reality, this is a transfer of wealth and power from non-union workers and directly to the union organizations.

The CBAs require workers on designated projects to join one of 19 NDP-favoured unions within 30 days of being on the job. They also include pay, benefits and other conditions that can add as much as seven per cent to the cost of construction, by the government’s own admission. All construction worker payroll and benefits will run through this new government Crown Corporation. (BCIB) and will be considered the Employer of all employees working under the scope of the CBA. Contractors must recognize the BCIB as the employer. Open-shop companies can bid on projects but their employees will be required to join a designated union (the newly-created “Allied Infrastructure and Related Construction Council of BC”) after 30 days on the job.

The Council’s first two projects that will be procured use the CBA are The Pattullo Bridge replacement project and the Kamloops-Alberta Highway 1 expansion to four lanes. The CBA is applied to all employees hired to perform construction work on the project including Owner Operators, and including employees of Contractors who provide Security Guard and Fire Prevention on the Site. Union rules apply to all aspects of the employees work activity and compensation: wages, wage increases, hours of work, overtime, flex work week, meals, shifts, weather, call-ins, standby, vacations and holidays, etc. The Agreement requires that wages and benefits will be increased by 2% each year for six years, to 2024 regardless of cash in-flows. Furthermore, all unions, even if they are not a member of the BC Building Trades, are bound by this agreement.

While Community Benefit Agreements can have positive impacts when done properly and in partnership with industry, in this instance the name “CBA” is being co-opted to disguise a union labour agreement. We believe this CBA amounts to conscription of BC’s construction workforce into a designated union. BC’s construction industry is facing a skilled worker shortage: restricting and creating barriers to employment and project opportunities will make this problem worse. The CBA potentially violates the Canadian Charter of Rights and Freedoms, which guarantees our rights to freedom of expression, freedom of assembly, and the right to be treated equally by our government. That’s why the BC Construction Association is filing petition with the BC Supreme Court on grounds of freedom of expression and freedom of association.