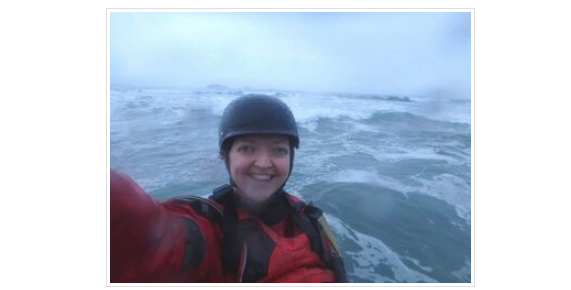 I am writing to you as a clinical counsellor and a longtime advocate of LGBTQ+ rights. I have two master’s degrees in anthropology and counselling psychology, and am a Canadian Certified Counsellor with the Canadian Counselling and Psychotherapy Association.

I have recently become aware of, and am deeply concerned about, Bill C-6. Bill C-6 is being touted as a “conversion therapy” ban. I understand it is going through its Third Reading in the House of Commons now (as of April 27, 2021) – if it passes there, it will be voted on by the Senate. The Bill can be read here: https://www.justice.gc.ca/eng/csj-sjc/pl/charter-charte/c6b.html.

Bill C-6 would make it a criminal offence to provide conversion therapy to a minor. This sounds compelling, given the long and hurtful, abusive history of gay “conversion therapy” practices.
However, the definition of “conversion therapy” under the Bill is negligently broad and will result in serious repercussions for counsellors and other service providers as well as for our vulnerable clients.

Coercive, degrading actions that seek to change a person’s sexual orientation or gender identity should be banned. However, rather than truly targeting the kinds of forced, coercive, violent or otherwise abusive practices that constitute “conversion therapy”, Bill C-6 will:

In B.C., children can legally consent to counselling and medical procedures designed to support a transgender identity …

Under the B.C. Infants Act, a “mature minor” — a child whom a medical professional deems capable of understanding the risks and benefits of a particular form of treatment, regardless of their age — is deemed legally able to consent to a medical or therapeutic procedure without a parent’s or caregiver’s consent. A minor in this case may consent to puberty blockers, cross-sex hormones, and/or surgeries – all of which may have irreversible consequences for the body affecting function, feeling, and fertility.

… but children under Bill C-6 cannot consent to counselling and medical procedures designed to help them be more comfortable with their natal sex, even at their own request.

The Infants Act notwithstanding, Bill C-6 would seek to invasively limit the topics a minor may freely choose to discuss with a counsellor or other service provider, including a minor who has previously received puberty blockers or hormones as part of a trans identity and now wishes to explore returning to living as their natal sex (i.e. identify as cisgender). Under Bill C-6, even if the minor requested a service designed to change their identity to cisgender, it would be criminalized to provide it.

Mr. Johns, this is unequivocally a human rights violation. If a mature minor has the capacity to consent to medical procedures and therapies designed to support their adopting a trans identity, then they can certainly consent to counselling to explore their identity and/or support their voluntary detransition.

Furthermore, any individual in Canada should have the right to seek voluntary counselling to discuss anything they want to talk about. This is a matter between the client and counsellor, and restrictive ideologies should not be enshrined into law.

An example from the U.K.: Keira Bell

Keira Bell is a 23-year-old woman from the U.K. At the age of 15, with a considerable background of trauma and grief, Bell newly developed an identity as a transgender boy, and was referred to the Tavistock Clinic, where she received puberty blockers, testosterone injections, and a double mastectomy (surgical removal of both breasts) by the time she was 20 years old. Bell, now 23, has since “detransitioned,” i.e., she has gone back to living and identifying as a woman. However, her body has been irreversibly altered by the medical interventions: she is possibly sterile; her breasts are gone and if she does bear children she will not breastfeed them; her body will be permanently affected by her years on testosterone and her voice is permanently deepened. “I look back with a lot of sadness,” she says; “there was nothing wrong with my body. I was just lost and without proper support.”

Many youth who undergo medical interventions do not detransition, and I am not suggesting that transition is wrong for all clients – evidence suggests it can be helpful for some people. However, with the explosion in adolescent trans identification in the past decade, some clients do present as transgender who later realize that they are not, and all individuals deserve access to clinical services. In a landmark ruling in December 2020, the U.K. high court agreed with Bell that the medical interventions she received at a young age were “experimental”, with an uncertain evidence base for their claimed efficacy, and unknown longterm consequences including possible sterilization. Bell further argued in court that as a vulnerable adolescent, she “should have been challenged” more in her self-reported identity of
gender dysphoria, and she had deserved to receive more nuanced support and questioning as a struggling youth, rather than unquestioning “affirmation therapy.”

So, what if Keira Bell had been my client? As a clinical counsellor, what kind of support might I have offered her?

However, support in either of these veins I might offer to Keira Bell, even if she requested it, would fall under Bill C-6’s broad definition of “conversion therapy.” If Bill C-6 passes and Keira Bell were my client, it would be illegal for me to offer her precisely the kind of support that the UK court just ruled she was owed.

It is not important what we hope the Bill says, but what it actually does say

The purported effort to protect gender non-conforming children from ideological abusive practices is a noble one, and most clinicians including myself would never have imagined themselves arguing against a bill set to ban “conversion therapy.” However, we must consider not what we hope Bill C-6 will do, what the intent of forwarding it is, or what spirit it was written in, but rather how the specific legislation it forwards will be written in to law and interpreted.

The gender-non-conforming and trans-identified children, youth, and adults that I have had the privilege of working with throughout my career are amazing human beings. They deserve legal access to counselling support as they freely explore their identity, without them or their service providers fearing criminal reprisal if they do not conform to a narrow ideology.

Conclusion
Mr. Johns, the definition of “conversion therapy” in Bill C-6 is too imprecise, and this imprecision will have devastating, human-rights violating consequences. It will criminalize legitimate and voluntary services that youth and adults should have access to as they explore their gender and sexual identity under their own volition.

My sincere hope is that this should not be a partisan issue. Unfortunately, the only MP voices I have heard expressing concern about the broad definition in this Bill — some of whom I have quoted throughout this letter — are those of Conservatives. I strongly believe there is room for critique and concern about the wording in this Bill, from anywhere on the political spectrum. We all care about our children and youth. We can — and should — protect them from abusive and coercive practices while defending their right to receive legitimate support services in the avenues of their choice. Mr. Johns, as my MP, you have a voice in this area. Will you advocate for making more precise the definition of “conversion therapy” under Bill C-6?