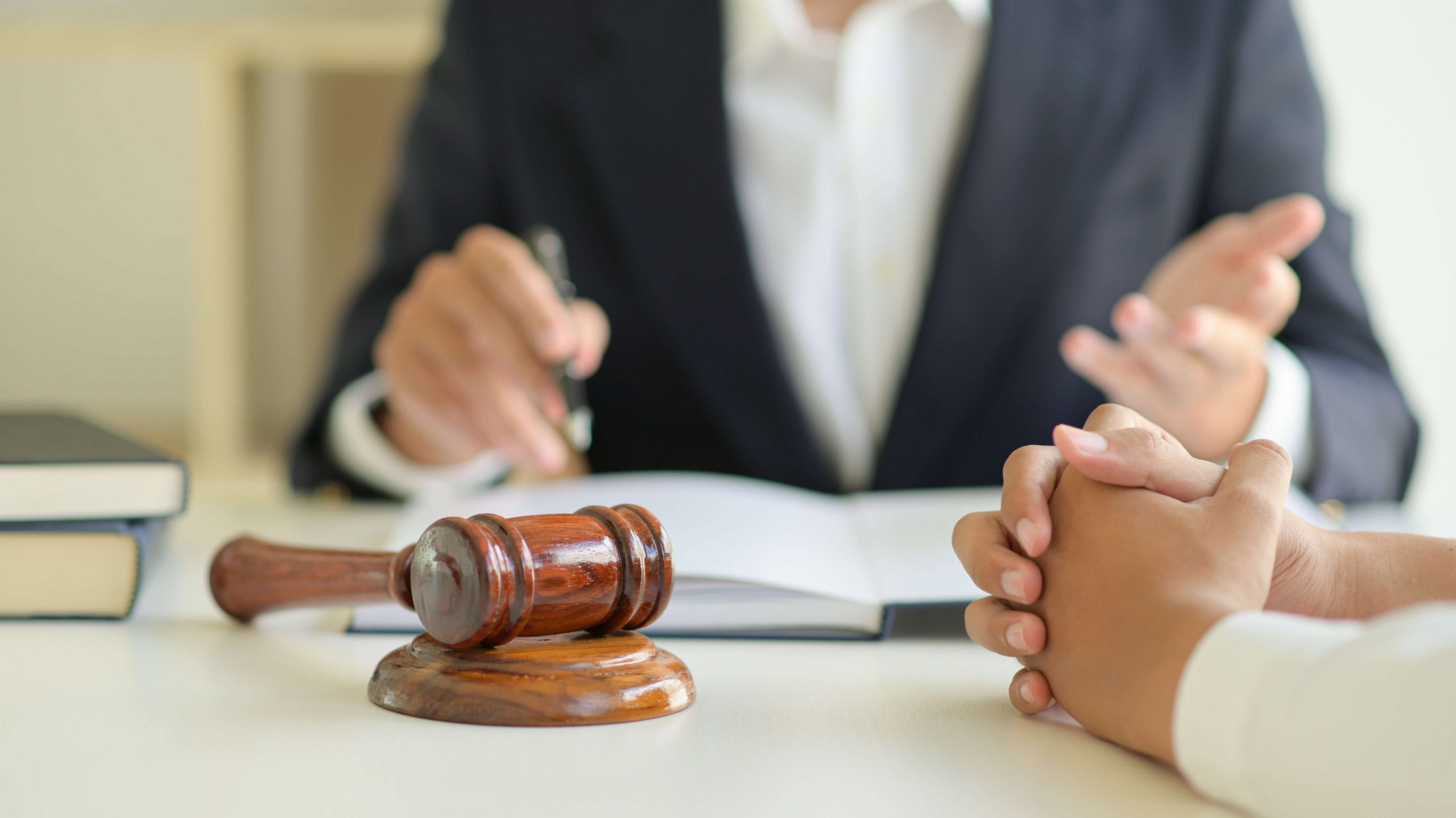 In this blog post, We’ll attempt to lay out clearly the reasoning behind our Party’s support for Andy Ngo, the Free Speech Club at the University of British Columbia
and their legal challenge with JCCF against the University on Charter Rights violation grounds.

The Justice Centre for Constitutional Freedoms (www.jccf.ca) has filed this Petition for Judicial Review (click to view the public document) against the University of British Columbia (“UBC”), for cancelling a planned event featuring journalist Andy Ngo, who would be lecturing to the UBC audience about Antifa violence and about protesting in the modern age.

First, let’s set the stage and lay out the basic history of what is happening right now in British Columbia, Canada.

In November of 2019, The Free Speech Club (a student group at UBC) had organized an event entitled “Understanding ANTIFA Violence” featuring Andy Ngo at UBC’s Robson Square campus. The event was to take place on January 29, 2020, and at first things looked like they would proceed as expected. The Free Speech Club confirmed the Andy Ngo event booking with UBC, signed the contract and paid the required booking deposit.

However, in December 2019, UBC suddenly cancelled the event without notice. The next day UBC emailed The Free Speech Club with a statement claiming that “[t]he reason for the cancellation is the concern about the safety and security of our campus community”.  This is going to come up again later in this post, but just keep this in mind; because of the threats of violence and an inability to maintain a safe place for their students, the event was cancelled. It’s that simple, and that’s what UBC itself has said.

Acting on behalf of The Free Speech Club, the Justice Centre then issued a demand letter to the University’s President Santa Ono on December 31, 2019, requesting that UBC immediately reinstate the Andy Ngo event or face legal action.

In response, UBC refused to reinstate the event, asserting that “Mr. Ngo has been the target of violence in the past.” It also claimed that “UBC is legally entitled to manage access to its property the same way as any other property owner.” We will come back to this important comment in a moment.

Next… Let’s talk about this “ANTIFA“.

ANTIFA, short for “anti-fascist”, is a loosely organized coalition of left-wing activists and self-described anarchists who use what they call “direct action”, which in reality means vandalism, rioting, looting, threats of violence, actual violence, cyber attacks, and traffic blockades, to shut down events or protest opinions (or individuals) they oppose. This idea of Direct Action is a central core doctrine of what it means to be anti-fascist.

They claim their opponents are fascists, dictators and tyrants at large. They are supposedly fashioned after the communists who fought against the Nazi Regime. This is the way Antifa imagine themselves; as fashionable freedom fighters taking the battle directly to some evil regime or evil ideology. This fantasy grips the minds of the Antifa membership, stirring up emotions of solidarity and shared oppression.

Andy Ngo, as you will read below, is about the farthest thing from a “nazi” or a bigot as you can be.

Heroes, these modern “anti-fascists” are not. Oppressed by a tyrannical government, they are not. Rather than combat fascism, they embrace all of it’s worst aspects and use the aggressive tools of fascism to punish those who dare disagree with them. Rather than stand up against tyranny, they appear more as “brown shirts” and brute enforcers for the angry mob than as anything else. Rather than support ideals of freedom and individuality, they demand blind conformity to the mob of the day and they are thrilled to punish non-compliance. Those who even go so far as to dare question or stand up to this group become the targets of online hatred, doxxing, threats and intimidation.

The Antifa, however, do share their original communist ideology established in the Soviet era and the new “nazi” they are fighting appears to be anyone who doesn’t fall in line and agree with anything and everything they say or demand. It’s very important to remember that they hold these Marxist beliefs and believe they are taking part in an active “worker’s revolution”.

Antifa protestors typically dress in all-black (or “black bloc“) and wear masks/sunglasses to disguise their identities and to signal an anarchistic alliance. They are perfectly aware that the activities they are engaged in are wrong, immoral, and illegal. Antifa has been involved with some of the extensive mob violence plaguing some cities in the United States throughout 2019 & 2020, and there is ample documentation of these anarchist terrorists attacking innocent by-standers, people who dare to film them committing crimes, as well as elderly and even disabled individuals.

Antifa claims they are “not an organization” and that they “have no leaders”, but this is a simple smoke-screen. They share matching ideology, they share motivations and goals, they wear identical clothing and colours, use matching gang symbols and slang language and they all use the same violent and aggressive tactics. It should come as no surprise that an organization that promotes Marxism has a decentralized structure with no official leadership, exactly in line with the kind of leaderless, classless world that Marx promoted.

So, why the legal challenge?

Andy Ngo is editor-at-large of the Post Millennial, a well-respected Canadian online media outlet. He is a well-known journalist who frequently reports on Antifa violence and can even be said to specialize in the documentation of non-peaceful protests and anarchist/communist violence.

He also happens to be a visible minority, and an openly gay man. We mention this here only because Antifa often claims to be committing their violence in defense of “oppressed people”, including visible minorities and the ill-defined and ever-expanding “LGBT community”. In fact, Antifa has a documented history of violently assaulting homosexuals and people of colour who do not fall in line, just like they did to Andy Ngo.

In many respects, individuals like Mr. Ngo represent the most significant threat to the Antifa-Marxist doctrine. His work has made him a target of Antifa violence in the past. In June 2019, Mr. Ngo was attacked while documenting Antifa violence in Portland, Oregon. He suffered considerable injuries during the assault and spent time in the hospital afterwards.

At this point I want to remind readers that UBC did not outline any specific concerns about the event or provide The Free Speech Club with an opportunity to respond to any concerns. The Free Speech Club confirmed the Andy Ngo event, paid the required booking deposit, and yet… UBC cancelled the event without notice.

The next day UBC emailed The Free Speech Club with a statement claiming that, and we quote, the “reason for the cancellation is the concern about the safety and security of our campus community”. UBC didn’t mention any effort on their part to, say, ramp up security or otherwise act to protect it’s students. They just cancelled the event because it was too much hassle to deal with the violent element in the equation. It was easier to just let Antifa have it’s way. Because of the threats of violence the event organizers and the University received, the University determined that the event could not continue.

You might want to read that last paragraph again.

This is happening in Canada, today.

Acting on behalf of The Free Speech Club, the Justice Centre demanded that UBC reinstate the Andy Ngo event or face legal action. In response, UBC refused to reinstate the event, and later followed up with the claim that “UBC is legally entitled to manage access to its property the same way as any other property owner.”

Here’s the problem: The University of British Columbia was created by the British Columbia government and receives hundreds of millions of our taxpayer dollars every year to stay in operation. They are not a private, for-profit business.  UBC did not purchase the land the University now stands upon in a private business exchange, it was placed in their trust by the BC people, by the public. They are not, in fact, welcome to behave as “any other property owner”. The UBC is a public taxpayer-funded asset, not a private college with private property owners, business owners and shareholders. They most certainly do not have any right to allow a violent mob to control who can and cannot speak on a Canadian University campus.

The University, in short, belongs to the taxpayers, to all of us, and not to this mob, or any other mob. Freedom of expression in Canada is protected as a “fundamental freedom” by Section 2 of Canada’s Charter of Rights and Freedoms. It’s not something to be negotiated for or debated about. This is a fundamental Canadian value!

With BC courts now reopening, the Justice Centre has sued UBC on behalf of the Free Speech Club. The BC Libertarian Party firmly supports this action. The Petition asserts that the University of British Columbia has violated its duty of procedural fairness, made an unreasonable decision, violated its own commitments to freedom of expression (and academic freedom) and worst of all, violated the Charter right to freedom of expression protected on UBC campus, all by cancelling the Andy Ngo event.

Angelo Isidorou, Director of The Free Speech Club, notes, “Since the cancellation of our event, the environment on campus has only gotten more divisive as a result. UBC has now evolved their justification for stifling free speech. First it was safety, but now the University outright opposes any speakers or events that are controversial or offensive. Who decides what is offensive? It is a slippery slope to merely stifle free speech due to controversy and threats of violence. It’s time UBC answers these questions in court.”

“UBC may give in to the demands of violent extremists, but the Justice Centre will not,” adds Andy Ngo.

Editor: Kyle McCormack, Board of Directors

The BC Libertarian Party is fully committed to the protection and promotion of free speech and free thought. To join our movement and contribute to a cultural and political re-institution of unquestioned Free Expression in BC, click here:  www.libertarian.bc.ca/join

You can contact Kyle McCormack and the Media Team directly at: