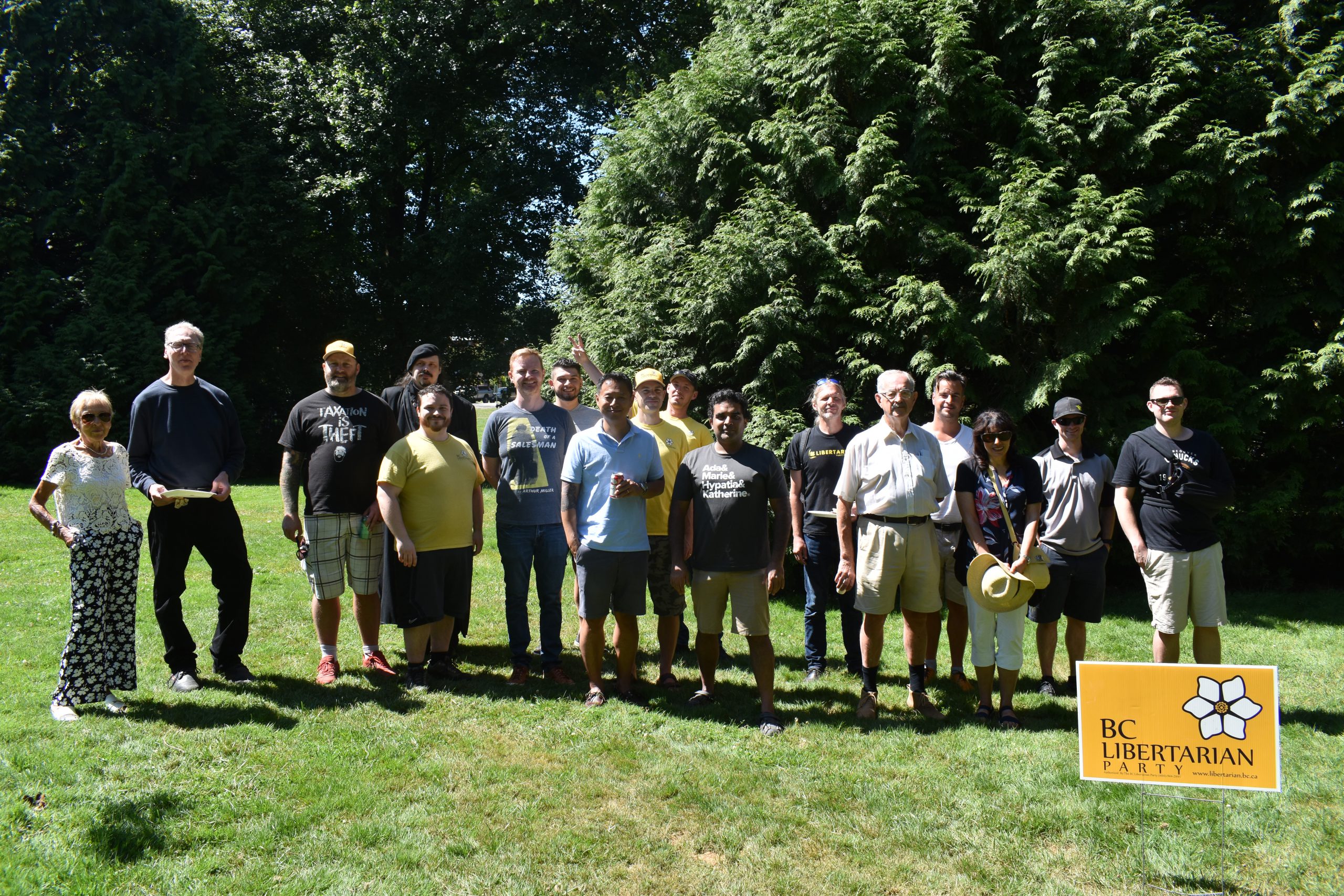 Good Old BC Parties Living Fat Off Your Wallet

Home » Good Old BC Parties Living Fat Off Your Wallet

The facts are clear; British Columbian politicians have an entitlement problem. They are living high and eating well off taxpayer dollars.

The basic annual salary of a Member of the Legislative Assembly is $111,024. For every $1 the politicians contribute to their own pension plans, taxpayers get to pay $4 just to chip in. Who knew you were feeling so charitable, even at a time like this when over 14,000 Vancouver businesses have closed in the last six months. Most Canadians are lucky if their employer matches a dollar-for-dollar RRSP. There is no justification for taxpayers to be forced to put in $4 for every $1 an MLA chips in!

But the problem with political entitlement goes way beyond bloated unearned salaries and world-class retirement packages. It turns out, every one of us in BC is being way more charitable than we could have imagined. The per-vote subsidy introduced in 2017 means that in British Columbia, the major established political parties will take $16.4 million from taxpayers over four years (they already have most of it!) and are using it to pay for their lawn signs, paid staff, attack ads and junk mail. It doesn’t matter if you support a particular party’s policies, if you pay taxes, you’re paying for NDP, Liberal and Green Party internal party operations. You don’t get a say in the matter. 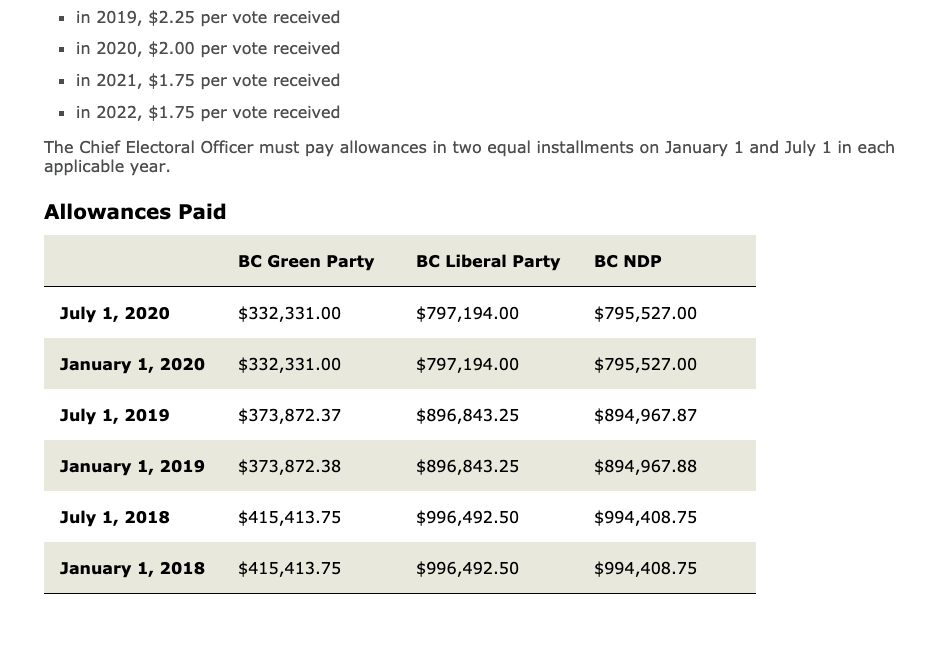 Now here’s what will really infuriate the average British Columbian. Just two months after the NDP received another cash instalment of your money, the NDP are amazingly in top form and combat-ready weeks before the writ is dropped. It’s almost as if they knew this election was coming, and they’ve been preparing their campaigns for weeks. I’ve even heard a rumour that Elections BC themselves were aware of the impending election and looking for office space as early as the first week of August.

It should go without saying that we at the BC Libertarian Party unequivocally finds the very concept of per-voter subsidies repugnant. If a political party wants your money, they should damn well have to earn it. This is mid-night robbery, an unseen hidden tax on all British Columbians. The impact on our democracy? Big old entrenched parties get a free pass while small unelected parties like ours have to fight to earn every dollar. Our own candidates have technically paid taxes to directly help out our opponents this election. Is that process truly democratic?

Really think about that.

The NDP have made it abundantly clear that the only thing they care about is power. That’s why they just called a provincial election in the middle of a pandemic. And sure, the BC Liberals said the per-vote subsidy was wrong – but then they still took the money! That’s why agreements to keep government stable can be torn up in a heart-beat. They don’t mean anything. The promises and stated intentions of establishment politicians are hollow.

Despite calling an illegal early election and using a public disaster to try and solidify political power, we’ve rallied dozens of British Columbians as election candidates all across the province, all in under one week, behind our Platform To Get Back To Normal. If you are fed up with entitlement and government crony theft of your tax dollars, send us to sort out the mess in Victoria. We’ll end ICBC’s monopoly and legalise private auto insurance to give you choice. We will back up Dr. Day and put an end to the prohibition on private health care clinics. We’ll modernize education to empower parents and put them at the center of the decision-making process. In order words; less government, more you. First, a post-pandemic return to normal, and then a pathway forward to lower taxes, more choice and real freedom in British Columbia. That’s what your support for this party represents.

Review our platform for yourself, and check back soon for updates on the Agricultural Land Reserve and so much more. Join the BC Libertarian Party today for just $10 per year and consider an additional donation if you are able.

Unlike the BC NDP and Liberals, we’ll ask nicely for your support instead of just taking your money behind your back.