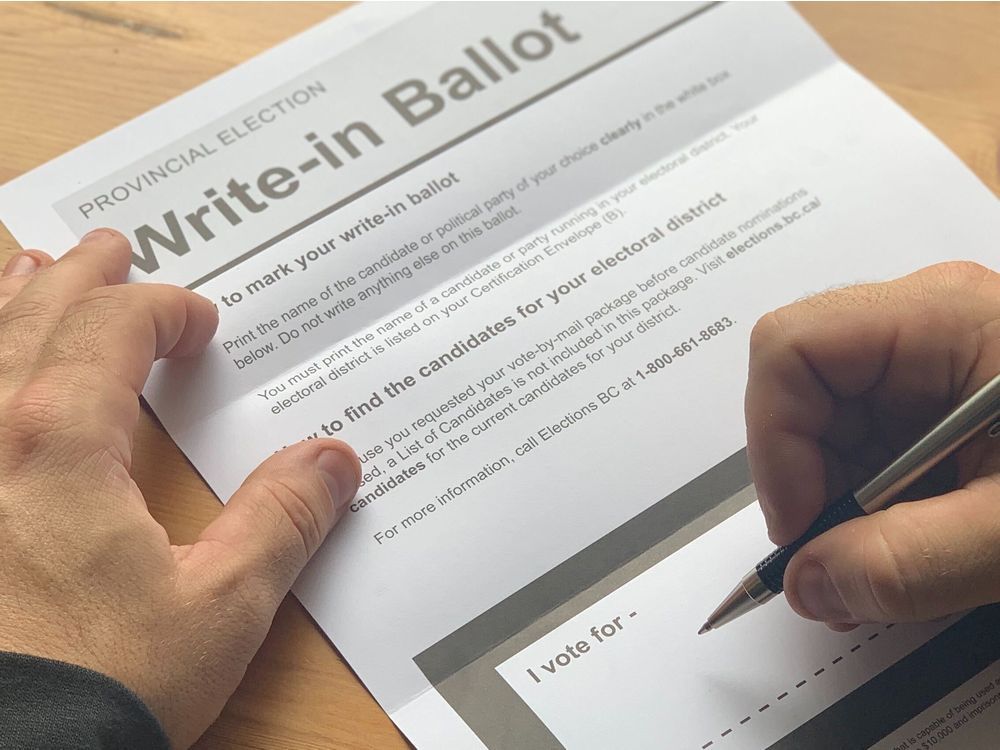 What happened to our democracy

Home » What happened to our democracy

To say this election has been strange already is an understatement. Then again, 2020 has been anything but normal.

On Aug. 12, representatives of Elections BC were waiting for a realtor outside a building in West Kelowna. I asked, “Isn’t the election next year?”

They didn’t respond. Clearly, the election was very much planned earlier in the summer. That made me wonder, who directs Elections BC to look for office space? Is it the governing party? Do all the elected officials know this is happening? Is the public aware?

Fast forward to Sept. 21 and we have a snap election during a pandemic. Not long before that, health officials banned banquet halls across the province and disallowed serving alcohol after 10 p.m. Coincidence?

However, it severely limits candidates ability to host events and campaign, not to mention the ability for people to openly debate with their friends and family in person rather than on social media.

As a candidate, I was shocked at how the information on Elections BC’s website was incomplete and at times inaccurate.

For example, the candidate’s nomination form mentioned that District Electoral Offices would be open when the election is called and stated that the nominations could be submitted two days after the election call.

Looking at the Elections Act, the law states that the DEO’s must be open the third day after the election call.

I have an email from Election’s BC that says not all offices were open as of Sept. 27, almost a full week after the election call. Normally this wouldn’t really be that concerning because there is enough time for candidates to campaign before Election Day.

These aren’t normal times. Special measures were brought in for COVID-19 allowing everyone to register for a mail-in ballot or vote at the DEO as of Sept. 21. How are people allowed to vote when candidates haven’t been confirmed yet?

Elections BC strongly encouraged us to order mail-in ballots as early as possible. I didn’t think anything of it until one of my employees said she received her ballot and it had no candidates on it. A large portion of the 500,000 ballots were likely sent without names on them.

Instead of marking an X, we have to write the names in.

I’ve noticed several posts on social media where people have mailed in their ballots before candidates were confirmed. Elections BC did not even have the full candidates list available until early Saturday afternoon even though candidates filed their paperwork by Friday.

Oct. 2. Many people would have gone to the website and not known that more candidates were coming.

Then I learned that the major parties had received almost $13 million in taxpayer subsidies to fund the election war machines.

All of these things individually aren’t that big of a deal. However together they add up to a biased democratic process. Normally there are very few mail-in ballots and the majority of people wouldn’t cast their vote until early voting or election day, allowing candidates time to get their message out and for candidate forums to happen.

I believe in people and I feel like most will wait to learn about the candidates before casting their ballot, but this doesn’t feel right to me.

I think the Chief Electoral Officer should have extended the campaign period longer than the 34 days due to the pandemic.  They should have also allowed more than 11 days to gather signatures from the public for nominations, an already difficult process any small volunteer-run party would struggle with, but which is especially monumental at a time when public interactions with strangers are themselves dissuaded and full of fearful uncertainty. Even a few extra days would have allowed every small party across the province to field additional candidates.


Of course, we already knew the BC NDP doesn’t like competition.

When a government enacts emergency powers like Bill 19 that allows them to change legislation without debate, many questionable anti-democratic processes can occur. Was this bill used to change election laws? If not, how was the NDP able to call an early election, despite the laws that fix our BC election dates?  Even if it wasn’t, will Bill 19 enable any kind of election rigging in the future?  If so, what else could it be used for behind closed doors?

No government should have the power that Bill 19 gives them, and John Horgan should have respected the laws of our province.