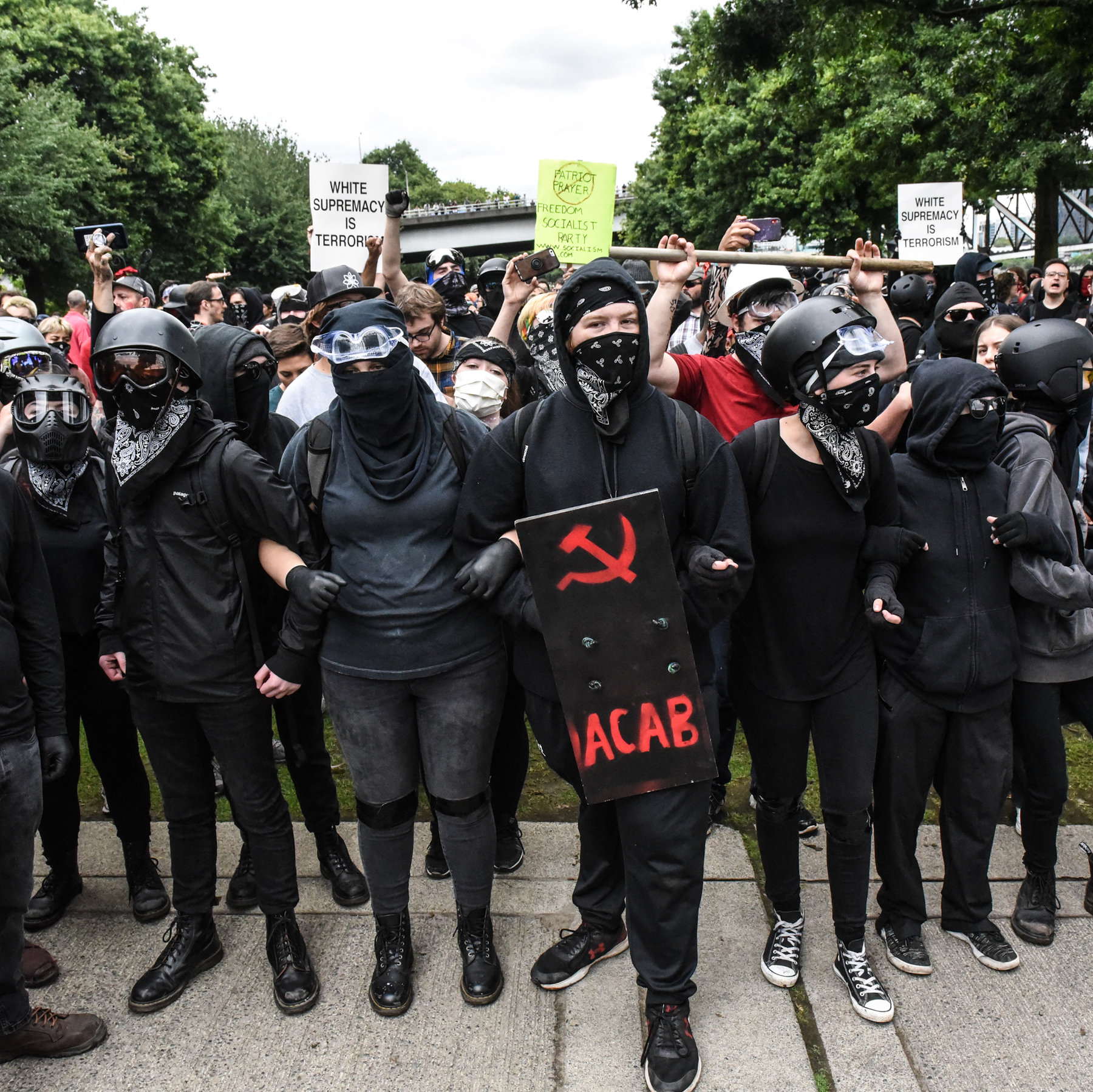 The Politics of Fear, a Silent War

Home » The Politics of Fear, a Silent War

There is a global assault on liberty unprecedented in modern times being brought under the guise of controlling the spread of Covid-19. Never mind that, assessed on a whole, Sars-Cov-2 appears little more virulent than a bad flu – and mercifully less so for young people. Never mind that the idea of stalling the spread of a novel virus indefinitely is bonkers, a plan with no medical precedent or clear exit strategy. Never mind that the efficacy of these brutal measures – lockdowns, masks, even social distancing – have, at best, an ambiguous scientific basis, and that their knock-on consequences are utterly devastating to society. None of this has stopped governments and media around the world from seizing on this crisis to peddle fear and crush social liberties in a manner unprecedented outside of war-time.

Perhaps a simple explanation is naked self-interest of the parties involved.

There seems little rationale or clear objective to the measures, no exit strategy, no objective metrics to measure success or failure. But when citizens live in a state of fear, no politician has to fear for his job. The harder government locks down, the more terrified and compliant the population becomes – the more willingly they give up power, resources, authority, etc. to political leaders. Budgets expand with little protest, new programs and projects are speedily approved. Pesky things like rights can be swept aside for long-sought after pet-projects.

The media is easy to target with this brush of self-interest, and has worked hand-in-glove with the government to establish a compliant public. It is hardly a revelation that fear and anger sells newspapers. What greater story could there be than an apocalyptic virus and the bunch of evil “yahoos” who want to spread it by ignoring the good wisdom of the media and government?

Legacy media rarely, if ever, provide meaningful context in their reporting on Sars-Cov-2, serving instead their own interests by maximising fear and anger in the population. They carelessly blur the line between cases and infections, they fail to provide meaningful context like PCR threshold cycles, people dying with vs. from Covid, or normal hospitalizations/death rates. They rarely report good news – mild cases, quick recoveries, the declining infection fatality rate, innate immunity, etc – and they guard against any contrary opinions – no matter how qualified – that suggest the virus is not as dangerous as they let on, or that lockdowns are a bad idea.

I suspect that, perhaps as much as money, the legacy media is motivated by prestige and authority – or perhaps more. How they strive to be relevant and authoritative – to matter. They have got their audience believing that listening to them is literally a matter of life and death.

Yes, perhaps naked self-interest and opportunism explains this dark moment in our constitutional democracies. But there is the shadow of something more sinister.  I cannot ignore recurring hints that a more coordinated move is playing out. There is the possibility that this is war, a silent war – a war of the mind, spirit and psyche.

Canada’s pandemic response revealed a compromising reliance on W.H.O. dictates. On a national level, we appeared flat-footed and clueless as this pandemic spread around the world, trusting the W.H.O.’s assurances that few steps needed to be taken. There are credible reports that the Chinese Communist Party (CCP) has deeply infiltrated the WHO, exerting undue influence throughout the organization. The WHO’s bizarre refusal to acknowledge the existence of Taiwan is indicative of this suspicion.

As the Covid-19 mind-virus took root, our Prime Minister told us he wanted to “Build Back Better” – a catchy slogan suspiciously adopted separately by Trudeau, Biden, and Boris Johnson. Only a fool could believe this to be coincidence. Clearly, these global leaders are reading from the same script.

More recently, Trudeau borrowed heavily from the spirit and word of the World Economic Forum’s ‘Great Reset’ in delivering a typically saccharine speech. Trudeau had the gall to call accusations of any association to the WEF conspiratorial, when a plain reading of his ideology reveals a near perfect match to that of that globalist institution.

So what is the Great Reset? What does Build Back Better mean? In short, it’s a model for highly centralized global governance developed by internationalist billionaires. But these rules are not just for the making and passing of common laws of international travel or commerce, but for controlling the means and nature of production. This is effectively a glossed-up, modern-looking incarnation of international communism.

As a libertarian I find myself in an odd position – generally supportive of international trade and travel. However, we must be able to separate genuine free trade from global authoritarianism coming in the trojan horse of international commerce.

Are these enemies of war? Or simply opportunists exploiting crises to advance a long-held ideological project? It is hard for me to shake the clear association of these globalist entities, our local governments and legacy media. They appear undeniably to be working together to advance their own interests with little regard for the citizens subject to them.

And now what is happening down south? The wealthiest, most powerful nation on earth has had an election that with each passing day resembles the sham elections of banana republics. Hundreds of witnesses have signed sworn statements attesting to thousands of individual instances of voter fraud and illegal acts. A truck driver in Philadelphia swears he drove around 200,000 completed ballots across state lines from NY to Philadalphia and dropped them off at a hub to be picked up by an unknown agent – admitting to committing a felony, for those suspicious of a self-serving liar. Surveillance video in Georgia shows 5 workers pulling tens of thousands of ballots out from underneath a table and tabulating them after they had told all poll-watchers and media they were finished for the night and state officials announced the poll station was closed.

As brazen and shocking as many of the allegations are, far more concerning is the media’s apparent complicity in the fraud. They have gaslit the public, refusing to cover legitimate claims, repeating the demonstrably false mantra that there simply is no evidence of fraud. It does not seem possible to attribute this level of falsehood to negligence or incompetence alone. It appears that the American legacy media is part of a plan to defraud the American people, putting in place a President of their choice. It is the greatest fear of every earnest political participant – a sham election, orchestrated at the highest levels of society.

Credible reports link enemies of liberty to this attack on America: both China and Venezuela. Again, the foreign interference and cheating is not nearly as shocking as the height to which the corruption apparently goes. The allegations and investigations of this election threaten to unwind so many of the American social institutions that it boggles the mind. It is not clear what exactly is going to be left at the end of it.

But the average person relying on legacy media has no idea that this covert civil war is ongoing. Small, citizen journalists and independent you-tube news channels have taken up the yoke of covering this monumental moment. Speeches by the President of the United States are no longer carried on major networks; major social media outlets censor his tweets. The President bypassed legacy media entirely with his most recent speech, which he described as his most important, electing instead to upload his speech directly to YouTube, and to provide it to various independent news organizations.

Our southern neighbour is at war with itself, however it is a war of information and perception, one of spirit. As I see Biden repeat that he will Build Back Better, and as his son revealed corrupt family relations with the CCP, I realize we are defending ourselves from the same adversary – one that appears to have rooted itself deep in Canadian media and political institutions.

In either case, this is indeed a dark time for Canada, a dark time for liberty. But this message is not meant as a black-pill. Indeed, it is said that it is often darkest before dawn. There is a special symbolism, then, in the approaching winter solstice on December 21, which will mark the shortest, darkest day of the year. And this year, for the first time in 800 years, Jupiter and Saturn will align, appearing in the sky as a brilliant shining light on that day. Some may make cosmic significance of this – others may just enjoy the unique astral display. In any event, at that moment we will know that going forward each subsequent day will be a little brighter.

There are parallels in the present crisis – reasons for hope, glimmers of a coming dawn. The Sars-Cov-2 virus appears to be declining around the world, regardless of local interventions. It will be difficult to maintain the illusion of apocalypse with collapsing rates. As our governments lock us down ever more tightly, more seem to awaken to the dangers of an unfettered authority in the state. With our southern neighbours, we see hundreds of thousands of people, even millions, standing together for the first time to oppose and expose the hidden corruption in their own government and the threat of global authoritarianism that has taken root there.

This is instead a call to attention, a call to action. I do not believe our institutions are corrupted beyond repair. And in preparing ourselves for this battle of ideas, we must be cautious in striking out in anger at neighbours and fellow citizens, who are most likely simply scared when unconsciously doing the bidding of the state. If there is any hidden enemy, surely its first objective is to divide us against ourselves. We must stay focused on the true enemy: terrible ideas, authoritarian institutions, their agents and beneficiaries – not our friends, family and neighbours.

I still think there is a chance for good to triumph over evil if we stay committed to our principles, and unflinchingly face the demons that pursue us. Evil relies on manipulation, deceit, force and violence. Ultimately, such forces cannot be sustained when contrasted with the solution of a voluntarist, open and honest society.